RAJKOT: It's now official. The god who took 'avatar' to cleanse the world of sin, gave us the Gita and promised to return whenever evil outweighs the good, had lived 125 years on this earth, much longer than the oldest living man, Fred Hale, who according to the Guinness Book of World Records , is 113! 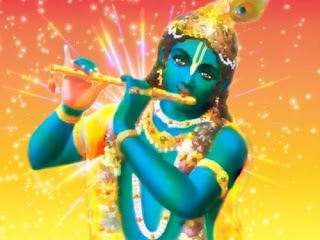 It was on February 18, 3102 BC that Krishna breathed his last on the banks of river Hiran in Prabhas Patan, after living 125 years seven months and six days. He died at 14:27:30 hours, according to a paper presented at a convention that began at Prabhas Patan, close to Somnath, on Tuesday as the country celebrated Krishna's birth.

"The finding is based on a number of hints in ancient scriptures. Certain dates related to his life taken from the scriptures were then fed into a software along with Krishna's characteristic traits for an astrological calculation to prepare his 'kundli,'" Swami Gyananand Saraswati, chairperson of the Varanasi-based Adi Jagatguru Shankaracharya Sodh Sansthan told TNN after presenting the paper at the gathering of scholars.

"While the 'Vishnu Puran' and the 'Bhagvad Gita' mention that Krishna 'left' Dwarka 36 years after the battle of Mahabharata and was not seen anymore, the 'Matsya Purana' mentions that he was 89 years old when the battle was fought. Then again, the 'Mahabharata' mentions that the Kalyug began the day Krishna 'left' and this year is the 5,106th year of the Kalyug. All these indicators helped us get to the date," said Saraswati. 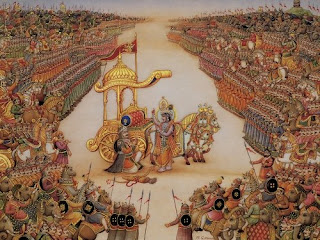 The research was conducted through three months after the Somnath Trust made a formal request.

The paper was presented in the presence of a host of scholars including Bhrighu Samhita expert and member of Institute of Future Forecasting Nandkishore Purohit and National Astrological Parishad president Arun Bansal. The paper was accepted by those present at the convention.