His views on God as published in Deccan chronicle (Chennai edition) is posted here. It shows that the more a person is deeper into a science on the question of life and death, the more he is capable of feeling the presence of God.

In contrast to this is what Mr Charuhasan (brother of Kamal Hasan) said a couple of weeks ago in the same column in DC. His is also posted underneath this.

I attribute my success to the Almighty 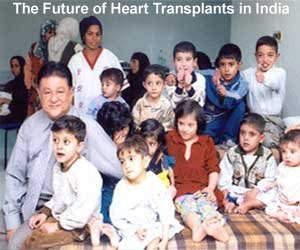 I BELIEVE in an ordained life that God has a complete plan worked out even before one is born. For instance, when my mother was expecting me she met a stranger.

The stranger told her that she would have a son who will become a doctor. He even predicted that I would be a doctor who would operate on the heart. And this was several years before cardiac surgeries were conducted.

I have always felt God's guidance and presence all through my life. I was ordained to become a surgeon and go abroad to pursue my higher studies. I could have settled in the UK or the US, but God's will drove me back to India.

I performed the first bypass heart surgery in the country in 1975. It could not have been anything but God's will that the path-breaking surgery was performed by me. I attribute all my success to Him.

(As told to Anisha Francis)

(God and I column)

(Charu Hassan is an actor and lawyer) 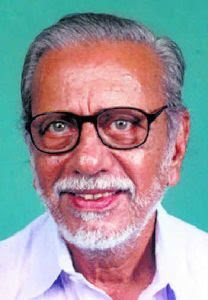 I was born in an Iyengar family but my father was a progressive thinker. He kept his distance from the close-knit agraharam, the clusters of houses in a village where Brahmins live.

Since he was a freedom fighter, he was imprisoned with a Muslim, named Hassan, after whom he named his progeny — Charu Hassan, Chandra Hassan and Kamal Hassan. He even asked my mother to start wearing a white sari, depicting widowhood, inspired by Kasturba.

After qualifying as a lawyer, and enlisting in the Communist Party, I wanted to fight injustice in the manner of Che Guevara. I even opposed my father, a practising lawyer, in court.

I heard Periyar speaking many times and believed that his philosophy is: Nature is God. But when a mob threatened to break an idol in a temple close to my house, I was sent for by the priests. I challenged the mob to defile the idol first before breaking it or pass on the challenge to me. They dispersed after muttering about my insolence under their breath.

I believe that religion is the greatest fraud played on mankind.

(As told to T.K. Srinivas Chari)

Email ThisBlogThis!Share to TwitterShare to FacebookShare to Pinterest
Labels: God and I