‘Cho’ Ramaswamy on Jayalalithaa’s offer of support to UPA


No, It was hurly, burly but wise

Cho Ramaswamy
Jayalalithaa bats like Sehwag, not like Dravid.
Her aggressive approach has now put the DMK on the defensive 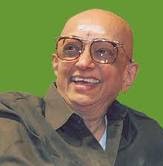 ALTHOUGH J. JAYALALITHAA'S statement that she was prepared to give the support of her MPs and also get others to make up for any loss that might be caused to the Congress by splitting with the Dravida Munnettra Kazhagam (DMK) was called an offer of support by the media, I consider it more as a challenge to the Congress Party.
The All-India Anna Dravida Munnetra Kazhagam (AIADMK) leader was in effect telling the Congress that it cannot hesitate to take action against former telecom minister A. Raja any longer on the ground that the DMK would withdraw support. She disarmed the DMK. Whether the Congress accepted her socalled offer or not, she stood to gain.


If the Congress decides to ditch the DMK and opt for an alliance with the AIADMK, it could together sweep the forthcoming elections in Tamil Nadu. If the Congress does not take up her offer, she still stands to gain, for she would have exposed the Congress as being handin-glove with the DMK on the issue of 2G spectrum.


Also, she gave the jitters to DMK chief M.Karunanidhi -he was already not very sure about what the Congress was going to bargain for in the Assembly elections, and now Ms Jayalalithaa had empowered the Congress to stand up against the DMK. He could no longer threaten to pull down the Central government.


With this, Ms Jayalalithaa delivered a message to the people that if the Centre did not act against Mr Raja, it could only mean that others were involved. Thus, with a single statement, she set a new political agenda. Mr Karunanidhi, who considered the telecom ministry as his family property, now had to watch silently as the ministry went to Kapil Sibal. This could happen only because Ms Jayalalithaa made her politically sagacious move of assuring the Congress.


Now it is up to the Congress and the Prime Minister to order a thorough probe into the 2G spectrum scandal and see that all those who are guilty are punished. Her so-called offer to the Congress was indeed a wise move. It surprised political watchers, but then Ms Jayalalithaa bats like Sehwag, not like Dravid. Her aggressive approach put the DMK on the defensive.

Though Gulam Nabi Azad has said the Congress would stick to the DMK in Tamil Nadu, one cannot rule out the possibility of wiser leaders deciding otherwise. If the Congress fails to take advantage of Ms Jayalalithaa's statement, they would continue to live not only with the DMK but also with the spectrum scam.

You had earlier explored the possible political eclipse of Karunanidhi and his DMK at next year's state assembly polls based on your read of his horoscope.

Do you still think that the end of Karunanidhi is likely early next year itself? I have high regard for your interpretation - hence the renewed query.

Thanks Mr Romesh for your confidence in me. I just go by the rule book and allied interpretations.

There are two versions of Karunanidhi's birth time. One version says that his birth lagna is cancer (TOB 10-40 am) and another puts his lagna at Leo (TOB 12 noon rectified by me at 11-56 am). I and some of my astrologer friends think that it must be Leo. If it is Cancer it almost resembles Rama's horoscope with particular reference to marriage. We know how MK is worlds apart from Rama in his matrimonial behaviour. So we think that he must be Leo ascendant.

Whatever be the lagna between these 2, I deduce that his moon bhukthi will send him to hibernation. It has been so in the past. Read my analysis of this in this link :-
http://jayasreesaranathan.blogspot.com/2010/08/jayalalithaa-or-karunanidhi-for-whom.html

Since a majority think that he is cancer ascendant, I have done the analysis for cancer only in this article.

Even if it is Leo, he is again afflicted by Moon. Only difference is in the onset of times of troubles for him.

Natural Justice is that 'deivam nindru kollum'. MK's penchant for corruption is well known in Tamilnadu. One day he must be nailed. Only then the people will have faith in God's Justice.

Jayalalithaa's horoscope was discussed by me in this article / comment section:-