Significant events of the world are a reflection of  the celestial display of planets. Osama's death is indeed one such event when rare display of planetary war was witnessed in the sky. When planets are in close conjunction they are being watched for who is ahead of whom.The planet that lies within 1 degree ahead of the other is usaully said to have won the war. In mundane afairs having a bearing on large number of people over large areas, this planetary war attains importance. The planet which wins the war decides the nature of events.

From the death of Osama, we come to know for sure that Mars was defeated by Jupiter on 2nd May in the planetray war.  This exactly tallied with Varahamihira's dictum (Brihad samhita - 17- 13) that when Mars suffers defeat in conjunction with Jupiter, the Bahlikas, travelers and persons who live by fire will suffer. The Bahlikas are the Valhlikas which is the name for Arabs in olden texts such as Mahabharatha.

Usually when Mars is in a conjunction, it is only deemed to have won the planetary war when it crosses. In that way, I was expecting some defeat to Madhya desa and princes - which is what a victory for Mars over Jupiter means and expected a fall for the corrupt people of  our country on 3rd May. But Jupiter had its say in the conjunction and won the war over Mars that was reflected in the elimination of the dreaded person from the Bahlika region who caused havoc through the power of arms.

This planetary victory can be assessed by the other clauses of planetary war. The most important of them is that the planet which is in the south will be deemed to have lost before it crosses the planet in the North. Jupiter is in the northern declination and is in its own house. Mars, a warrior planet is also moving close to Jupiter in parallel declination when it crossed. The other clauses state that if the planet in front is brighter than the other, only the brighter one will be deemed to have won. Jupiter won due to its brightness. Usually the dim planets, the retrograde ones and those that travel to the south of the planet in front will lose the war.

For six months until now Jupiter had been reigning supreme in its won house and in the northern declination. Many planets came and crossed Jupiter, but only Jupiter had the last say because all the other planets were to the south of it while they crossed. On the day before election in TN, the retrograde Mercury crossed Jupiter from forward, but it was in the south of Jupiter. I consider the massive turn out at the polling booths as a positive impact of the victory of Jupiter over Mercury going by the above mentioned clauses told by Varahamihira. Such a victory means suffering to thieves and rich men. No need to say who they are in TN politics.

Jupiter's stay in Pisces this time was a gratifying period. The opposition of Saturn and Jupiter also was a time of success story for Justice. The same opposition is not likely to happen for the next 60 years. When it happens, the other conditions such as path of declination, the other planetary impact etc may not as it was this time. I consider this period as a rare one when Justice could have a say inspite of the influence of Kali.

The rare judgment on Ram temple came out in this period, giving scope for redressal of centuries long injustice to Hinduism. The truth of the Godhra train carnage was upheld in this period. The true face of the most corrupt in the Centre and TN came to be seen outwardly. The absurdity of Dravidian politics that was centred around Brahmin baiting and the dalit politics of Karunnaidhi brand stood exposed in this period.

Some more important incidents are in the offing as Jupiter is set to cross over to the next sign and the remaining 2 planets namely Mercury and Venus are to cross it from the southern declination in the next few days - just before the elections results are going to be declared. Let us wait and see how Jupiter wins in these wars.

Coming to Osama death, the celestial indication shows that he is indeed dead and the propaganda in some sections that only a body double of Osama has been killed is unfounded. The likely fall out of his death will not be there on the masses, though only countries of the NW - that is, Pakistan and Afghanistan are likely to feel the 'heat' of the anger. Pisces is the sign indicated for these 2 countries in the Kurma chakra of Varahamihira. Now with the conjunction of planets - both ill and well in the second house to Pisces and Saturn in the 7th indicates domestic trouble in these 2 countries. I don't exclude trouble in Kashmir valley as it comes in Aries - shortly to be treaded many planets.

For the world at large, the recouping of the terror elements to strike their fire power on common man on a scale that could affect globally, will take more than a decade. We can say this with certainty as Saturn is going to reign supreme in its sign of exaltation in Libra shortly. Only when Saturn moves in asterisms starting from Krittika in Aries, the people come under severe threat to life. The WTC carnage occurred when Saturn was traversing Taurus. The previous world wars occurred when a similar transit of Saturn was happening. Even in Ramayana times, King Dasaratha prayed to Saturn to move northward when it was crossing Rohini in Taurus.

The signs to be watched are Aries, Taurus, Leo, Sagittarius and Pisces. If Saturn and Mars cross them in retrogression, a third of mankind, plants, animals and water borne life would suffer. Fortunately, such a transit is not in sight at least for the next 15 years. So those who are apprehensive of a massive attack by the jihadis, can lay assured that whatever the jihadis do, would be localized and in their own regions and the world at large can heave a sigh of relief for some time.

The line starting from the side of the hand between thumb and index finger and coming down is the life line. 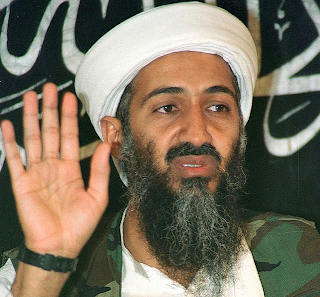 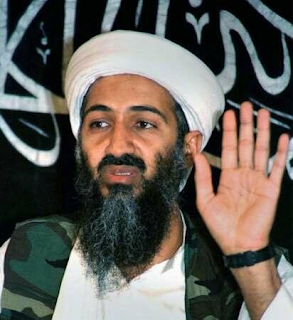 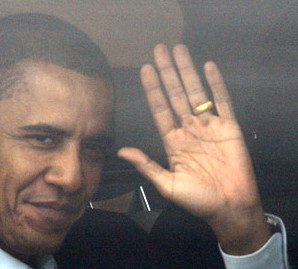 these articles would hv some credibility if osama's death has been forecast prior to its occurence or at least an indicator to something significant happening.

@ bala
The date was mentioned in my article on Saturn -Jupiter opposition published in March issue of The Astrological eMagazine. One incident - many implications. Which one of them will actually happen will be known to Divinity only. To predict that Osama was involved, his horoscope is needed. Even then mortals can give probabilities. Varahamihira has stated only that Brahma knows or does he know?

Is that period the best time to defeat an enemy?

In the recent past we have seen anti-Hindu forces using this time to cause damage to our people and psyche - like Sri Kanchi Sankaracharya's arrest, Mumbai 26/11 attack etc.