Yet another well articulated article from Prof Vaidyanathan on the cause of economic crisis of the West.
A society is the sum of all families and the as such
the economy thrives on the well being of all or majority of the families.
When families crumble, disorder is the result.
A State taking up the responsibilities of the families in such a scenario would lead to
what we are seeing in the West.


Prof Vaidyanathan has brought out the problems of such a scenario
in contrast to how we in India can remain better off
with insulated family support.
In this context, I have a growing worry about
how the emerging culture of freebies and State support for mediclaims and food subsidy
are going manifest in the long run.
Where is the line of demarcation for
how much and how far to go on such issues
in a highly populated country with a considerable section of people under deprivation?
On the other hand,
I think we can lay assured
that the basic cultural trait of the Indian society even among the poor
to save for marriage and for gold will not easily go away.


Thinking from my astrological experience
with various types of people from various economic strata,
I have seen a predominance of family issues between family members in the 80s,
predominance of job issues in the 90s (perhaps due to liberalization blues)
and issues between spouses in the last decade.
I am even coming across 2 -time divorcees nowadays.
Today people are able to manage money matters and even job losses,
but managing inter personal issues with spouses is an issue.
This is quiet disturbing, yet the silver line is that people do not want to remain single.
They somehow want to lead a calm married life.
This makes me think that family system will not vanish
atleast during my life time.
A strong dose of Hindu system of family values
must be nurtured and propagated to save families,
through which we can save our economy itself.


http://www.firstpost.com/world/why-the-decline-of-the-west-is-best-for-us-and-them-104882.html#en
Why the decline of the West is best for us – and them
By R Vaidyanathan
PROFESSOR OF FINANCE

Ten years ago, America had Steve Jobs, Bob Hope and Johnny Cash. Now it has no Jobs, no Hope and no Cash. Or so the joke goes.


Only, it's no joke. The line is pretty close to reality in the US. The less said about Europe the better. Both the US and Europe are in decline. I was asked by a business channel in 2008 about recovery in the US. I mentioned 40 quarters and after that I was never invited for another discussion.


Recently, another media person asked me the same question and I answered 80 quarters. He was shocked since he was told some "sprouts" of recovery had been seen in the American economy.


It is important to recognise that the dominance of the West has been there only for last 200-and-odd years. According to Angus Maddison's pioneering OECD study, India and China had nearly 50 percent of global GDP as late as the 1820s.   Hence India and China are not emerging or rising powers. They are retrieving their original position. 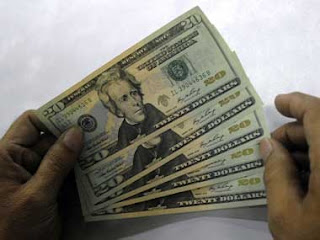 The dollar is having a rollercoaster ride at present. Reuters


In 1990, the share of the G-7 in world GDP (on a purchasing power parity basis) was 51 percent and that of emerging markets 36 percent. But in 2011,  it is the reverse. So the dominant west is a myth.
Similarly, the crisis. It is a US-Europe crisis and not a global one. The two wars – which were essentially European wars – were made out to be world wars with one English leader commenting that 'we will fight the Germans to the last Indian'.


In this economic scenario, countries like India are made to feel as if they are in a crisis. Since the West says there's a crisis, we swallow it hook, line and sinker.
But it isn't so. At no point of time in the last 20 years has foreign investment – direct and portfolio – exceeded 10 percent of our domestic investment. Our growth is due to our domestic savings which is again predominately household savings. Our housewives require awards for our growth not any western fund manager.


The crisis faced by the West is primarily because it has forgotten a six-letter word called 'saving' which, again, is the result of forgetting another six letter word called "family". The West has nationalised families over the last 60 years. Old age, ill health, single motherhood – everything is the responsibility of the state.


When family is a "burden" and children an "encumbrance," society goes for a toss. Household savings have been negative in the US for long. The total debt to GDP ratio is as high as 400 percent in many countries, including UK. Not only that, the West is facing a severe demographic crisis. The population of Europe during the First World War was nearly 25 percent and today it is around 11 percent and expected to become 3 percent in another 20 years. Europe will disappear from the world map unless migrants from Africa and Asia take it over.


The demographic crisis impacts the West in other ways. Social security goes for a toss since people are living longer and not many from below contribute to their pensions through taxes. So the nationalisation of families becomes a burden on the state.


European work culture has become worse with even our own Tata complaining about the work ethic of British managers. In France and Italy, the weekend starts on Friday morning itself. The population has become lazy and state-dependent.


In the UK, the situation is worse with drunkenness becoming a common problem. Parents do not have control over children and the Chief Rabbi of the United Hebrew Congregation in London  said: "There are all signs of arteriosclerosis of a culture and a civilisation grown old. Me has taken precedence over We and pleasure today over viability tomorrow." (The Times: 8 September ).


Married couples make up less than half (45 percent) of all households in the US, say recent data from the Census Bureau. Also there is a huge growth in unmarried couples and single parent families (mostly poor, black women). Society has become dysfunctional or disorganised in the West. The government is trying to be organised.


In India, society is organised and government disorganised. Because of disorganised society in the West the state has to take care of families. The market crash is essentially due to the adoption of a model where there is consumption with borrowings and no savings. How long will Asian savings be able to sustain the western spending binge?


According to a recent report in The Wall Street Journal (10 October 2011), nearly half of US households receive government benefits like food stamps, subsidised housing, cash welfare or  Medicare or Medicaid (the federal-state health care programmes for the poor) or social security.


The US is also a stock market economy where half the households are investors and they have been hit hard by bank and corporate failures. Even now less than 5 percent of our household financial savings goes to the stock market. Same in China and Japan.


Declining empires are dangerous. They will try to peddle their failed models to us and we will swallow it since colonial genes are very much present here. You will find more Indians heading global corporations since India is a very large market and one way to capture it is to make Indian sepoys work for it.


A declining West is best for the rest and also for the West, which needs to rethink its failed models and rework its priorities. For the rest—like us—the fact that the West has failed will be accepted by us only after some western scholars tell us the same. Till then we will try to imitate them and create more dysfunctional families.


We need to recognise that Big Government and Big Business are twin dangers for average citizens. India faces both and they are two asuras we need to guard against. The Leftists in the National Advisory Council want all families to be nationalised and governed by a Big State and reform marketers of the CII variety want Big Business to flourish under crony capitalism. Beware of the twin evils since both look upon India as a charity house or as a market and not as an ancient civilisation. 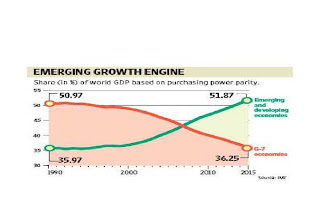 Thanks for the link. Both these gentle men have propounded this theory of family backed economy and perhaps they are best suited for a Nobel if they could work on this more.


Indians have mindset of stocking physical wealth be it Gold or agricommodities or household savings. Stock market/ Gold bonds participation by public is still minimal. Our agricultural economy/ Simple living style/hardwork has also seen Indians surviving in India or anywhere in the world.

while West & Europe have been primarily trading & posing wealth on Asian stocks be it agri, petro/mineral products and on their boosted US & Euro currencies for international trade. Wrong fundamentals, False pride coupled with lack of family systems have taken a beat on their economy.

Saw this prediction about Subramanya Swamy. I guess something similar to what u predict.

What a contrast our Indians are as of now? I don't see many in my peers or in those in my age group +/- 5 years with the true values that Prof Vaidyanathan says.

We are BIG savers.

* And, we spend - on buying toxic things that are cheap. Our saving mentality makes us gulp down the numerous pesticides as well as feed them to our kids.

* We buy gold - but put them away in safes. Hardly wear them.

* We go to temple and get Prasad - and eat well - and still put 1Rupee coin in the Hundi.

* We are a thriving economy - all on the principles of "making money" - that has never been the true spirit of this nation.

* We cannot tolerate Athithis. We don't encourage begging! We can buy that expensive worthless gift for our kid for the lack of time we give him

* We are hard working though. We work long hours with hardly any time for our family. We will send our child to daycare and compensate for him not having siblings.

* We are two people earning. We have the big loan to repay. And, we want to save every paisa so that in future we can live happily - present moment is lost though.

* We earn well but well, we cannot think of school/college fees and hence probably better not have kids

* We want to give our kid a wholesome education - exactly like what Mr.Sharma is doing. Same school and fees - and ideology I donno I never thought about it.

* We are afraid of bringing up a generation of our values - we are afraid that he will be a misfit if we keep bombarding with some strong things in which we are different.

* We easily substitute it for values of the "herd"

I don't want to be jingoistic here really. The reality of current India (Indians) is sad. We are diverted and deviated from those innate spiritual traditions. We are torn from our inner soul.