The overall Garbottam for the rainy season June to December 2016 was already noted down as separate blogs one for each day of the 13 day period. This pertains to the entire rainfall season of 2016 starting from June with each day signifying a fortnight. Garbottam for 2016 shows that the rainfall season would start from 21st June, 2016.

Though this observation period ended on 11th January 2016, the observation for Garbottam features must be done on a daily basis until the end of Vaikasi month. Each day would correspond to the 195th day which is identified as the thithi in the reverse phase of the moon (Paksha) that occurs after 6 and a half months.

I am planning to write down the daily observation and its impact on rainfall at a later date, for every fortnight starting from January 1st 2016. In a day or two I will be posting the 1st half of January with its corresponding period in July 2016. In the meantime, whenever I am coming across an interesting observation, I will write them also.

As of now what has caught my interest is the conformation of rainfall in the dates that correspond to the 3rd day of Garbottam. Of all the 13 days of this year’s Garbottam, only the 3rd day stood out with impressive features which can be read in the link to 3rd day Garbottam. The impact period of this 3rd day would be from 19th July to 2nd August 2016. The interpretation of that day written in that blog was as follows:
“The period between 19th July and 2nd August would see wet days with occasional rainfall here and there in my place of observation.”

Further confirmation must be got from the dates that correspond to this fortnight in July- August as mentioned above. At present we are passing through the corresponding prior dates for this period from 19th July to 2nd August 2016. The corresponding dates started from 9th January 2016 and would end on 23rd January 2016.

The 3rd day of Garbottam started with moderate features but by the 2nd half of the day (in the day time), the Garbottam features picked up. By this, it is inferred that rainfall for the period between 19th July and 2nd August would be bright in the 2nd half of the fortnight. The Garbottam feature in the corresponding dates starting from 9th January was modest or even nil until 12th January 2016. It started picking up from the 13th January and reached its peak on 19th and 20th January 2016.

In  my blog written on 14th January (Fine Garbottam on 13th January 2016 & naalaam pirai -நாலாம் பிறை- Impact on 23rd July 2016.) I wrote that the Garbottam on 13th January which happened to have moon cross the star Sathabhishak (Sadhayam) must yield good rainfall for 8 days from the corresponding 195th day. It was because if the Garbottam features are found good on the day of Sadhayam in the month of Margazhi, it would rain well for 8 days from the corresponding 195th day. So I wrote in that blog “That means upcoming days for a week or 10 days must exhibit good Garbottam features.” Starting from 13th January till the time this current article in written on the night of 20th January, the Garbottam features are continuing well. This is further confirmation of the good Garbottam of the 3rd day and how Nature drives itself.

In this prior corresponding period between 9th January and 23rd January, 3 important dates came.
The first one was on 13th January when Sadhayam was running. It had good Garbottam features ensuring abundant rainfall on 23rd July 2016. 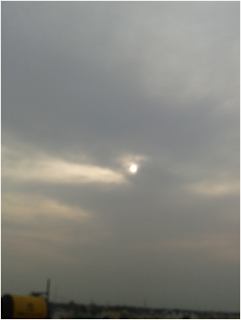 (A marvellous feature of Sun being covered by dark clouds on 13th January.
This pic taken at 3 PM.
The sky was over cast for most part of the day.)

The 2nd important date was on 15th January when Uttra Bhadrapada (Uttrattadhi) star was running. That date also had good Garbottam features. Moreover if the Garbottam is good on Uttrattadhi, the 195th day would see abundant rainfall. That date is 25th July 2016. 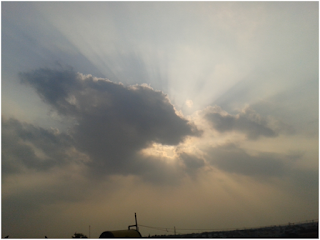 The 3rd important date is 20th January when Rohini was running. Rohini is one among the 5 stars when Garbottam must be good to ensure abundant rainfall on the 195th day. The other 4 stars are Pooradam, Uttradam, Poorattadhi and Uttrattadhi. 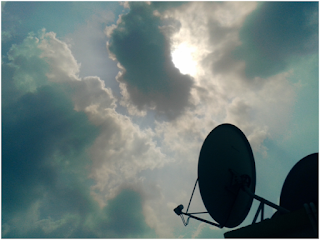 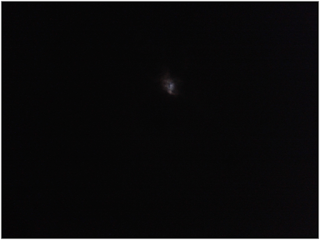 (Moon in Rohini.
Night of 19th January 2016.
Moon hidden behind the clouds for most part.
Good feature of Garbottam). 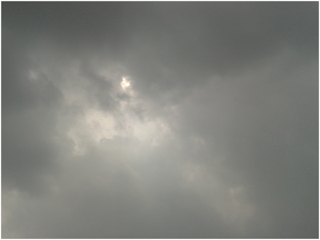 Additional caution in observing Garbottam: There should not be any planetary war on the days of Garbottam. In the current period of good cloud cover and good Garbottam starting from 13th January, there is no planetary war. Planetary war means two planets coming together within 1 degree gap.

Another caution is that there should be no eclipse on the day of good Garbottam. In the current period both these issues were absent. Therefore the corresponding dates must see good rainfall.

Posted by Jayasree Saranathan Ph.D at 12:17 AM