In this concluding part, we will see the karmic causes of heart and kidney diseases and other ones not discussed so far. The source texts are Prasna Marga (PM) and Veerasimhaavaloka (VS). 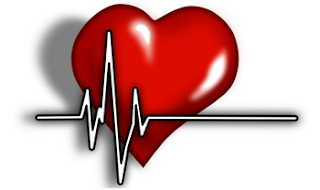 One may be surprised to see just one cause namely ‘malevolence’ towards others as the karmic cause for heart diseases. In effect it refers to heartless behaviour in any given situation. Where a person is required to express compassion or act in some way that redeems the sufferer, if he fails to do / rise up to the situation, he will be born with a heart that cannot function properly. Ruthless behaviour towards others also comes under malevolence. What one fails to cultivate or promote in a birth will be missing from him in physical terms in the next birth. That is how heart diseases get manifest.

This series on karmic causes is written with the intention to show the world that many a kind of immoral or unethical behaviour done sometime in a past birth does come back to haunt one in a future birth in the form of disease. This must be taken as a warning bell, so that those reading this would know and be careful in not doing those acts.

This knowledge gives scope for self-introspection for a person to judge his / her present actions and avoid doing them during rest of present life. In other words, there is enough time left in the current birth itself to make rectification so that the impending karma might come with lesser ramifications. One may ask why a person with such wrongful actions not get back the resultant karma in this birth itself. The answer is that some of them might occur in this birth itself. But where the resultant karma has to come back as a disease, its needs a suitable physical constitution which becomes possible when the person takes up another body (birth)

One can notice a logical correlation between the disease and the karmic cause. Not to be ignored are the ones on eating meat and eggs and harming animals like cows, as all these acts are bound to come back as diseases in a future birth. The basic thread of healthy life is compassion to all and sundry and guarding our thoughts, words and action in any situation.

These ideas have been given by none other than ancient sages and were recorded from time to time by our ancients. There is mention of a text by name Karma Vipaka in olden astrological texts. Though the original texts are lost, the later day texts have recorded some of the features for posterity. And I am happy to do a squirrel’s contribution in spreading whatever little I am able to gather through these write-ups.

Let there be Shanti at all Three levels of Existence.

In this section we will see the diseases in the face such as the ones affecting eyes, ear, mouth etc and the diseases of the head which include mental diseases. The sources are Prasna Marga (PM) and Veerasimhaavaloka (VS) 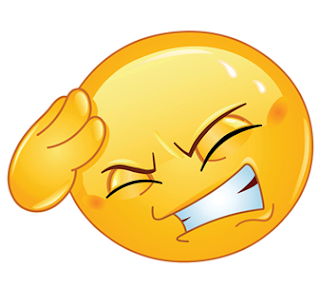 Diseases not covered so far, such as those of Heart, urinary tract and reproductive organs will be written in the next and concluding part.

Posted by Jayasree Saranathan Ph.D at 6:57 PM No comments: