Are eclipses to be dreaded?

Mr Cho gave some information on eclipses in yesterday's episode in the mega serial "Enge Brahmanan?' 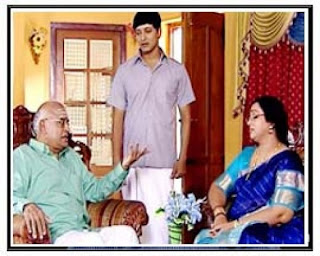 I don't agree with him fully on what he said on 'peedai' as caused by eclipses.

Astrology is the best source to know the importance attached to eclipses.

There is no taboo attached to eclipses and Varahamihira and Bhaskara were vocal about it.

There is no 'peedai' in the meaning of 'torment' connected with eclipses.

This is the Tamil equivalent for 'grahanam' which means 'binding' or 'catching'.

There is no torment caused by this 'peedai' in effect.

This peedai is a description of the eclipse.

But gradually it came to be identified with a non-existent torment as being caused by the eclipse.

One common practice at the time of eclipse is bathing (sarvanga snanam - head to toe bath) and washing the house after the eclipse is over.

Bathing oneself and washing the house are done not to remove this 'peedai'.

They are done because of the belief that pithrus or departed ancestors visit our plane of existence or the houses where pithru tarpan is done at the time of eclipse.

Another practice is to stop eating any food minimum four hours before the eclipse begins. (In olden days this was stretched to more than eight hours)

Food takes four hours to move out of the stomach. This restriction shows that there must not be any food in the stomach at the time of eclipse.

This restriction on food could be because there is likely to be some disturbance to the digestive juices of the stomach caused by the combined attraction of the sun and the moon.

We don’t know what kind of radiation is let out during an eclipse. But the practice to keep the darbha on food items does indicate that some sort of radiation reaches the earth and enters the food items. Darbha gives protection from such radiations. That there is some radiation let off during an eclipse can also ascertained from a custom of not using the cooked food prepared before the eclipse. That is, one must not consume the food prepared prior to the eclipse. Food is freshly made after the eclipse for consumption.

The only serious problem with eclipse is in the case of pregnant women.

Throughout the period of pregnancy, the fetus is in some stage of development.

It is vulnerable to outside influences. Such vulnerability is exploited by Vedic society only once, during the 3rd month of the first pregnancy to change the sex of the fetus.

The 'pum' ceremony is found effective in influencing the status of the fetus. This goes to show that any outside force can tamper with the fetus. In this sense, eclipse is viewed as a potential agent to disturb the fetus – at any stage of its development and therefore the pregnant woman is made to hide herself from the direct rays of the sun or moon at the time of eclipse.

This seclusion does not happen in other societies prompting one to question whether they had any problems in their kids after they were born. My answer is that we can not say that their kids did not have any problem attributed to exposure to eclipse. There is another possibility that not all fetuses can be influenced. Seclusion is done only as a precaution to avert any damage to that faculty or part of the body that is developing in the fetus at that moment of eclipse. Nothing stops one from experimenting or analyzing this supposed influence of the eclipse. Since we have seen Sanatanic wisdom as highly scientific in so many other issues, we depend on it in this issue too and continue to recommend seclusion for pregnant women at the time of eclipse.

Apart from this, no seclusion is done for others. Mr Cho seemed to suggest that some diseases could take root due to the exposure to eclipse. Nowhere such a predicament is suggested in texts or in practice.

Eclipses are the time when people used to go to the banks of river or the sea shore to do pithru karma. People should not see the sun directly – obviously to avoid damage to their eyes. That does not mean one should not go out during eclipse.

There are many inscriptions found in South India on what people in those days did on eclipse days. The following link provides the information.

From these it is known that solar eclipses were the time when people were ready sacrifice their lives. Yes, pyre would be lit and the one intending to go to Surya mandala after death, would enter the pyre at the time of Solar eclipse.

Such sacrifices were not done on Lunar eclipses.

They were the time to do charity.

Both the eclipses were special occasions for doing pithru tarpaN and charity.

Related posts can be read here:-

Lunar eclipse affects an individual's body and mind more significantly than does solar eclipse.Is it true? If it does, can it be varified astronomically? Does this effect vary as per one's janma rashi and lagna? I remember, in olden days, in my village poor women going around shouting "give now; the eclipse is over" (दे दान सुटे गिराण [in Marathi].

Thanks for sharing your views Dr Shrinivas Tilak ji.

//Lunar eclipse affects an individual's body and mind more significantly than does solar eclipse.Is it true?//

Both the eclipses affect only those already suffering from mental disorders. I have seen them become violent and scream more during eclipses and also during Amawasya and Paurnami. Heard from my physician- daughter that some surgeons avoid surgeries on eclipse and Amawasya days. Complications arise, they feel. As an astrology practitioner, I avoid giving counsel on Amawasya and Tuesdays, for I have noticed the predictions I have to make would invariably be negative. I can attribute this to Time; the running time must be auspicious for the client to receive good news about his/ her future. Based on these impressions, I can say that it is not true that lunar eclipse affects more than solar eclipse.

// If it does, can it be varified astronomically?//

Scientists working on eclipse, who are mostly from the west are not even aware of where to look at and which theme to pick up for research on eclipses. As a result you wont get any worthy material of interest from Indic point of view of eclipses. What is available now is the tidal effect at the time of full and new moon. The same concept is extended to the fluid contents in our body. But Man, as a thinking animal who can have control over his emotions, can remain unaffected by the 'tidal effect' of the luminaries. Only the mentally challenged become vulnerable.

There is another research on moon's complicity during earthquakes. Means the mantle disturbance is more around New moon and Full moon. I have 100 year data on earthquakes which show high magnitude earthquakes only around Full moon and new moon. Even today (and next few days),the day of solar eclipse at Dhanur rashi with 6 planets is vulnerable for earthquakes in Eastern part of the globe. I must say science is in its infancy in these issues.

//Does this effect vary as per one's janma rashi and lagna?//

Yes, if the janma rashi and lagna are implicated by the sign of eclipse. Basically those born in the star where the eclipse takes place, the preceding and successive stars also get impacted. However if the running period (Dasa- antar dasa) is good the impact is less or nil. So it is an overall judgement. But I cant deny the fact that nearly 70% of the people who approached me in the past 3 months were in someway connected with Dhanur rashi. Since I see only if there is a problem (not general predictions), I can vouchsafe for affliction from grouping of planets coming under nodal axis.

//I remember, in olden days, in my village poor women going around shouting "give now; the eclipse is over" (दे दान सुटे गिराण [in Marathi].//

Eclipse is best time for charity. But in a mistaken understanding the Nizam of Hyderabad released prisoners during solar eclipse of 1898. That was not charity.

Eclipse time is good for Mantra Deeksha and japa. Eclipses are best time for pitru tarpan.