This is Part 3 of my paper on the Siddhantic concept of the equinoxes offering newer insights into emerging trends in Science on Precession.

The emerging trends in science were already written HERE in brief.

Assessment of the lunar data brought out a realization that the earth’s axis is not precessing as thought to be, since the times of Hipparchus. Precession is noticed with reference to the background stars but NOT with the sun which means that the entire solar system is precessing as the sun moves across space in its journey.

A test of this hypothesis was provided by me through archaeoastronomy on how the equinoctial alignment of the ancient monuments such as the 5000 year old Stonehenge in England, Chichen Itza in Yucatan, Angkor Wat temple in Cambodia, Mnajdra temple of Malta, Chaco Canyon of New Mexico, Grianan of Aileach of Ireland, Ahu Akivi statues of Easter Island and Padmanabha Swamy temple in our own country, had not changed a fraction of a degree after all these years. If it is true that the earth’s axis is precessing, this alignment cannot go on for thousands of years now. (This article can be read here) 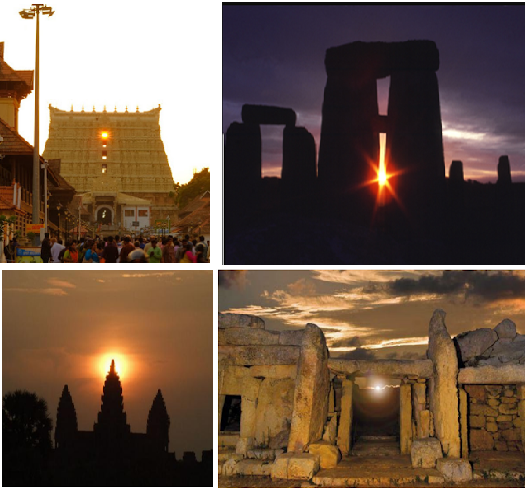 In the absence of axial precession of the earth, the concept of the gyroscopic movement of the earth, causing a precessional cycle of 24,000 years is also absent. This causes redundant the utility of the astronomy simulators for dating ancient Indian past.

The earth spinning around the axis is not at all causing any precessional change or a circle of precession. What is noticed as precession is caused by the movement of the sun along with the solar system. This movement was observed by the Indic society as an oscillating movement of the equinoxes which in reality is the spiraling movement made by the sun across the sky as it surges ahead in its path.

The Indic community, observing this phenomenon for thousands of years uninterruptedly had recorded them in two different ways. Part 3 of my paper brings to the attention of the readers, these two ways along with textual, epigraphic and iconographic evidences for the same. It can be read here HERE 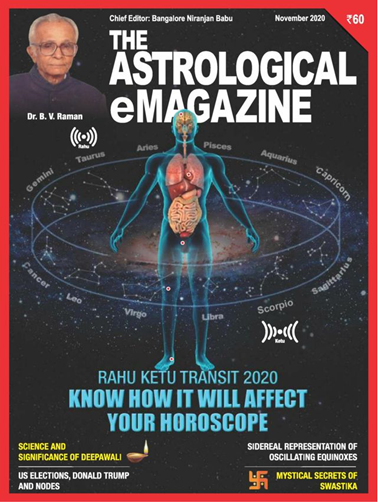 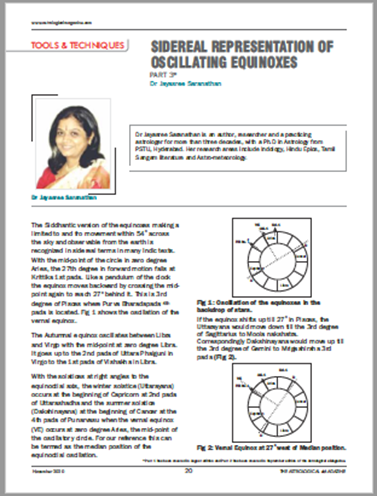 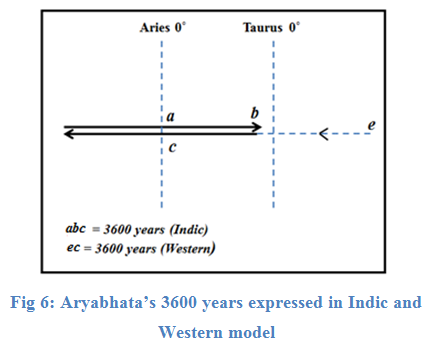 In Part 2, I derived the three cycles of precession based on the version given in Siddhanta Shiromani authored by Bhaskara II 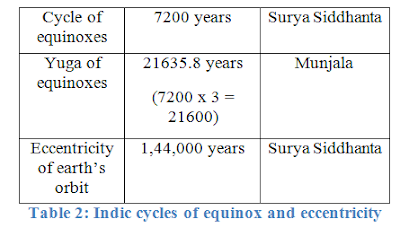 In Part 3, I have given the sidereal representation of the oscillating equinoxes moving with 18 padas of stars. For example the vernal equinox can move between the 4th pada of Purva Bhadrapada in Pisces and the 1st Pada of Krittika in Aries. Correspondingly the solstices also move within 18 padas. I have also shown the sidereal limits of the oscillation in the earlier times when Abhijit was part of the zodiac.

For easier perception, the ancient sages had given the limits in terms of months while always referring to the middle position at the beginning of Aries. This conveys that the equinox does not go around the zodiac of 360 degrees! I have given the evidences from Surya Siddhanta, Brahmanda Purana, Vayu Purana, Brihat Samhita and Paripaadal in Tamil. I have produced an epigraphic evidence from Vijayadityadeva’s inscription dated 1065 CE. Iconographic evidence comes from Kudalazhagar temple of Madurai that shows two snakes on either side of the sun in the middle of the zodiac. This is in tune with Bhavishya Purana description of Vasuki, the snake, raising up dust on the path of the chariot of the sun that binds the Sun with a celestial girdle called ‘Avyanga’ 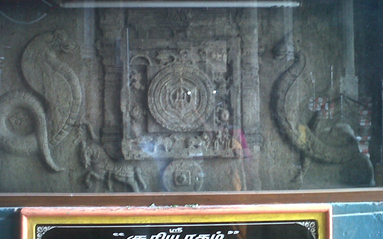 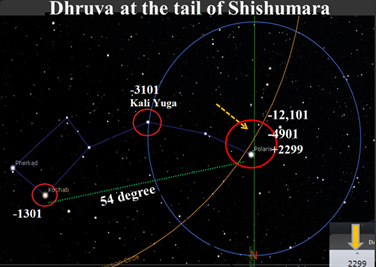 Posted by Jayasree Saranathan Ph.D at 8:38 PM No comments:

For long I didn't take seriously the book on Mahabharata dating by Nilesh Nilkanth Oak, precisely because I thought no one would take ... 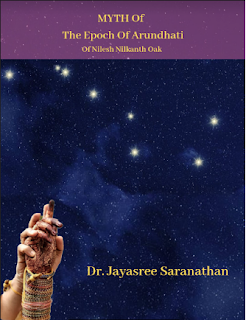