A team of under-sea archeologists have come up with a claim that they have discovered the sunken city of . 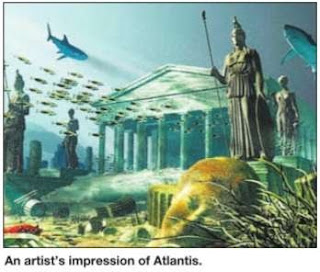 Speculation has been going on for sometime now that some meteors could have hit the Atlantic Ocean about 10,000 years ago. It is possible to assume that it resulted in the sinking of the fabled city of .

This location has a parallel to the Romaka city spelt in Surya Siddhantha. Maya belonging to Romaka desa received the teachings on astronomy from Surya and had given it as Surya Siddhantha. Names of 4 places on earth located 90 degrees away form one another are noted in this text. According to it, when it is sun rise in Lanka, it is at Yamakoti, mid night at Romaka and sunset at Siddhapura.

That means these places are located at 90 degrees ( 6 hours) from each other with Yamakoti in the east of Lanka, Romaka in the west of Lanka and Siddhapura, just half way around the globe form Lanka.

If we look at the world map of today, we find that both Yamakoti and Romaka are under water!

The interesting observation is that Romaka is located in a region which is supposed to have housed Atlantis!!

I have written the probable location of Mlechchas and their connection to Atlantis in the last part of the following article:-

The astrological knowledge of Maya of Romaka in that part of the world and the subsequent adaptation of it in (Rome & Greece) after the loss of Romaka (Atlantis?) looks like a probability.

When we look eastward, the place of Yamakoti off the coast of seems to have been traced. There are reports of a sunken city in that part of the world.

If these leads are explored well, perhaps we can know the early spread of mankind form (that the genetic studies reveal).

Within and in the surroundings of , a lot more needs to be explored. 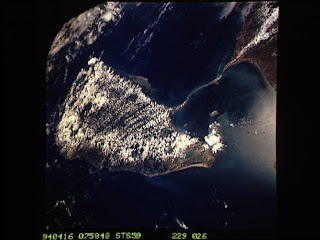 An image by Indian satellite does show the underground .

This discovery and the subsequent works on the inputs got form more than 1000 sites in the course of Saraswathy establishes the truth of the puranas and ithihasas.

Similarly, the works of Graham Hancock in Mahabalipuram and Poompuhar are proving the literary evidence about these regions and the associated rich civilization. 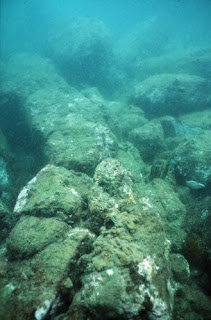 Mahabalipuram is where Vamana avathar has taken place and 7 temples had existed where there is sea now. The tsunami did expose some remnants of a past. However an all out effort to explore this region must be done by the government. In the absence of any interest in this region by the Tamil nadu government, we have to pray for NASA’s or ISS’s mercy to turn their cameras on this region form above. 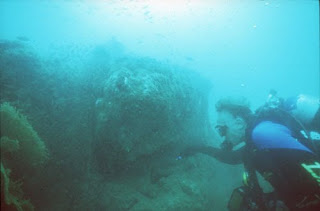 Poompuhar is another region that must also be photographed from above. This place has a rich past which is known from Manimegalai. The pathigam of Manimegalai says that this was the oldest city in the Jambhoodweepa where the deity of Jambhoo dweepa was housed from times even before the river Cauvery was formed. It had been a city for several 1000 s of years. The West has only one Atlantis connecting them to a past. But in we have many – of which Poompuhar and Mahabalipuram are just the important ones, for which we have literary evidence.

The Master of all such pasts is the sunken !!

Texts speak of a mountain range and 2 rivers, Kumari and Pahruli in that land. 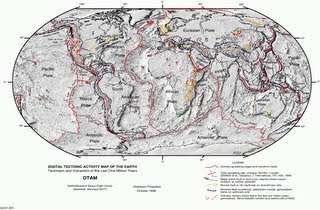 An image released by NASA of the tectonic plates of the world does show a feature resembling a continuing mountain range from the eastern ghats into the sea. This stretches up to

I wish NASA looks at the ocean floor of this region to solve one of the biggest mysteries of spread of mankind in the last 50,000 years. This map shows the proximity of the (as told in Tamil texts) to , and . Any talk about the human –spread from as the pivot must be accompanied with a wider image of an Indian landmass. This is a major region of the world crying for attention.

Around 350 BC, Greek philosopher Plato wrote about a technically advanced city, Atlantis, which vanished under the waves in one night.

Time and time again hopes have been raised that the lost city has been found -only for those hopes to be dashed against evidence.

Now, a team of "undersea archaeologists" has become the latest to claim that it has finally found the lost city of beneath the , British newspaper Daily Mail reported.

The anonymous scientists have released a series of images taken beneath the , and they insist the snaps show what appear to be the ruins of a city that could pre-date 's pyramids, which appeared after 2600 BC.

Furthermore, they even told a French newspaper that one of the structures is a pyramid.

Now, the anonymous group wants to raise funds to explore the secret location where the images were taken and have not revealed the exact location, saying only that it's somewhere in the Caribbean Sea, the report said.

In fact, in Plato's account, Atlantis was a naval power lying "in front of the " which conquered many parts of western Europe and 9,000 years before the time of Solon, or approximately 9600 BC.

After a failed attempt to lost civilisations. invade , Atlantis sank into the ocean "in a single day and night of misfortune".

Though scholars dispute whether and how much Plato's story or account was inspired by older traditions, Atlantis inspires today's literature, from science fiction to comic books to films, its name having become a byword for any and all supposed advanced prehistoric

Wonderful article. We can request Google Earth to take the pictures!!