What men fear most? A survey and some astrology.

A recent survey conducted among the British men showed that they feared most growing grey hairs than going bald. Baldness came second in their list of worries. The third place went to unwanted hair on the ear and then only came worries about over weight and yellow teeth.

I don’t think this list would be the same if surveyed among the Indian men. From what I see from the people coming for matching horoscopes, I get a feed back that receding hairlines or early balding are a disadvantage for prospective grooms. In contrast, graying hair is not a big issue. In a country where wearing wigs is still un common, early balding is difficult to hide while graying hair can be managed easily with hair dyes. Nowadays I suggest parents to look for alliance for their sons as early as in their mid twenties, than to postpone on some family reasons - the most common being younger sisters still waiting to be married. Most men seem to go balding pretty soon in their life.

Looking for indications in astrology for balding, let me first give some notions on Samudrika lakshana for men for hairs.

On body hair and hair on head, the growth of single hair from a single hair follicle is auspicious. It makes one kingly.

If two hairs grow from a single hair follicle, it makes the man learned and observe duties life as prescribed in sastras.

If three or more hairs grow from as single hair follicle, it makes one poor and grief stricken.

On the hair on head, the sastra does not favour thick hair for men. Soft and glossy looking hair, dark and curled and growing not much in quantity and not having split ends is auspicious. Such a person will live in great comfort and be kingly. On the other hand, thick hair growth with unequal length having split ends and not looking glossy and curling too much is not a sign of comfortable living for the man.

On hairs on the ears that the British men were worried about, it is not a bad thing according to this sastra. Long life will be assured for the man with hairs on the ear.

On facial hair, what applies to the head is also applicable here. Glossy looking, but growing well with no split ends is the lakshana.

There is no mention of early balding or early graying in the sastra for men on their physical features regarding hair.

For that we have to look at the horoscope.

According to classical texts, we have to see the lagna (ascendant) in rasi (D-1) and Navamsa (D-9) for the kind of appearance and hair growth.

In addition to them, we have to see D-30 (Trimsamsa) and D-3 (Drekkana) lagna also for determining hair loss.

A weaker sun in the above mentioned divisional charts hastens the speed of hair loss.

In the fetus, the 6th month is the time for growth of hair on the body and on the head. Saturn controls the 6th month of the fetus. How the hair growth is going to be will be determined by the Saturn- influence on the fetus on the 6th month. But we have no means to judge this as this is with reference to the birth time lagna which we can not know beforehand but which is pre-determined according to astrology.

The lagna (ascendant) stands for how one looks and also for the features of the head. 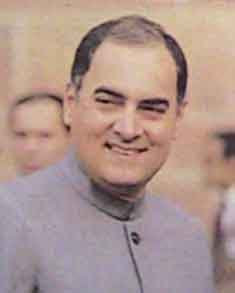 You can check it in the Nehru family. Nehru had sun in the 7th house (cancer) in D-9 and Sanjay Gandhi 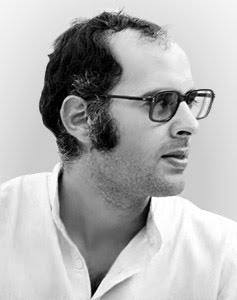 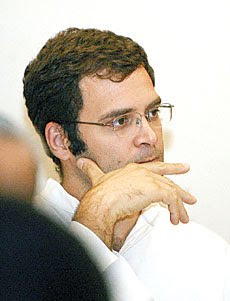 lagna in D-1 and D-3. It is weak in D-9 in the 12th house in Scorpio, associated with Saturn, showing that he must have already started graying but masking it with some hair dye.

Now let us take a look at sign-wise Navamsa lagnas.

If the D-9 lagna falls in the sign of Sun (Leo), no need to worry about 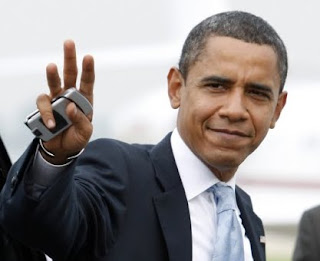 balding. The person will have thick and curly hair growth. Obama has Navamsa lagna in Leo, but has sun in the 7th in D-1.. The sun is strong and auspicious in the other divisional charts. So we have to do a combined reading. Sun in the 7th will certainly give a receding hairline but its strength in other charts with Leo as Navamsa lagna will not give him undue baldness. The hair thickness had come down early in his life. But look at his Saturn. It is in its own sign in both D-1 and D-9 and in lagna in rasi. He must have started graying early. People and the media are thinking that it started only after he assumed office.

If the D-9 lagna falls in the sign of Moon (Cancer), there must be worry about hair on the head. There will be more hair on the body but thin hair on the head! Early balding comes with lagna in Cancer in D-9 and D-3 and D-30.

If the D-9 lagna falls in the sign of Mars (Aries and Scorpio), there is a strong chance of balding. This is a major pointer to baldness as per texts. There is no differentiation between these signs as being fiery or watery. That they are lorded by Mars is the cause for the hair loss. You can check with Mahathma Gandhi’s horoscope.

If the D-9 lagna falls in the sign of Mercury (Gemini and Virgo), the person will have beautiful hair.

If the D-9 lagna falls in the sign of Jupiter (Sagittarius and Pisces), once again the same feature as above. Usually the Navamsa lagna in the houses of benefics ensure beautiful and good growth of hair.

If the D-9 lagna falls in the sign of Venus (Taurus and Libra), same as above.

If the D-9 lagna falls in the sign of Saturn ( Capricorn and Aquarius), dull and thin hair will result. Early graying is also seen.

: Guess gives men darkest blues? Turning grey, a new survey has revealed.
According to the survey, more than half of the respondents said going grey was their worst fear. Hair loss or thinning, is the second most common concern, worrying 40% of the respondents to the Mintel survey of 2,000 British men. Unwanted hair (in the nose and ears) preoccupied 38% of respondents, being overweight bothered 37% and 30% were worried about yellowing teeth.

And, it seems that 45 is the age where real discontent sets in about how a chap sees himself. More than a quarter of those aged between 45 and 54 disliked four aspects of their appearance, compared to an average of over one in ten men.

"Although grey hair is traditionally seen as a mark of distinction in men, the reality is many men are unhappy with their newfound gravitas," the Daily Mail quoted a spokesman for Mintel, a market survey firm.

"The physical changes associated with ageing can act as a catalyst to mid-life crisis as men become less content with their appearance after the age of 45," he added.

do is there a remedy from astrology for baldness?-kk

so is there an astrological remedy for baldness? how does find his D-9 lagna?

Baldness is inevitable if the sun is in the first or 7th house in rasi and / or the navamsa lagna is in the sign of Mars (Aries and Scorpio). In these cases the hairloss is genetic and no medical or astrological remedy is there as far as I know.

For other combinations, the hair loss may be induced by some imbalance in the body or in thyroid secretions and due to medical reasons. This is my opinion. The onset of hairloss also is seen to be connected to the dasa- bhukti of the planets involved in a few case studies I have examined. May be doing the japa, dana and wearing the gem meant for that particular planet could arrest further hair loss, if not reverse the process.

Some remedial medicine may be available in Ayur veda which could be connected to sun's energy such as arka plant.

On D-9, there are many free astrological downloads on the internet. You will get the D-9 (Navamsa) chart from them.

D-9 means division of the rasi (or a sign of 30 degrees) in to 9 parts. Note down in which nineth part the lagna or the planet is posited in a sign. Based on that the D-9 chart is constructed.

I have my D-9 lagna as cancer , my rasi chart shows Mesha lagna , Leo Rashi and Sun in eighth house , looks like I have a tendency to bald as per the stars

Mr Krishna,
Have I troubled you with this article?
Be cool:)

My astrological analysis of how to identify baldness from the horoscope: