Kerala floods caused by the ‘wrath’ of the deity?

At a time Nature-induced unprecedented tragedy is sweeping across both human and divine abodes in Kerala, the question in the air is whether this is the result of the wrath of the deity at Sabarimala for interfering with the rules of the temple and taking it to the court to decide. The judges of the Supreme Court had reserved their orders, but did Lord Ayyappa deliver his judgement by making His abode inaccessible to all? 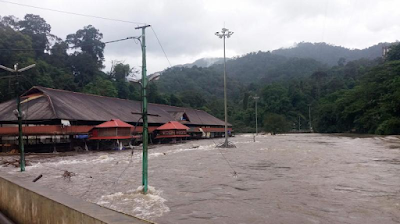 This is not the first time we are hearing this kind of justification for natural calamities. When the temple of Sri Raghavendra Swamy at Mantralaya was submerged by the floods of Tungabhadra in 2009, many people wondered whether it was related to the dismantling of the temple of Manchalamma, the family deity of Sri Raghavendra Swamy to provide place for his Brindhavan. 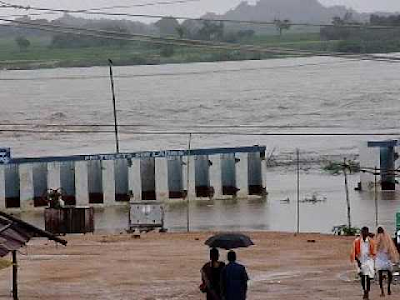 Similarly when a deluge struck at Kedarnath temple in 2013 caused by a cloud burst, many people attributed the resultant destruction to the wrath of Dhari Devi whose image was removed from her shrine just the previous day for the purpose of facilitating water storage for Alakananda dam under construction. 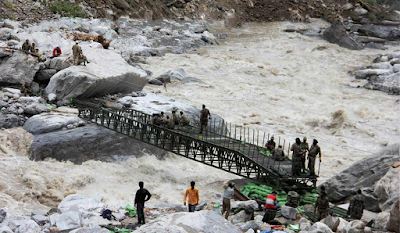 Linking natural disasters to the so-called ‘wrath’ of the deity is certainly disquieting in this age of reason. It also throws bad light on the deities in general and on Hinduism in particular. It raises many questions on the very concept of deities as benefactors and the way they ‘behave’ much like human beings in retaliating when things go wrong for them. The ultimate question is whether this is what Hinduism seeks to convey. This article is an attempt to answer these questions through two concepts, the concept of portents and the concept of deities as living consciousness.

Portents are signs or omens that are supposed to indicate a calamity. Ancient sages of India had studied occurrence of such portents and found a link between an event and a violation or an event and an after-effect. Varahamihira in his treatise called Brihad Samhita had compiled the portents taught by sage Garga to sage Atri in the 46th chapter of this book. These portents are basically related to the deities in the temple and the natural calamities caused by fire, rainfall, water (of the rivers) and wind that foretell the hardships to the people at large. According to the Vedic sages, they do indicate the displeasure of the deities. This concept seems to have thrived in the Hindu society for all these ages.

But this doesn’t clear the sullied image of the Hindu deities as angry ones and those who can be displeased. Are these deities ordinary mortals who show their displeasure when things don’t happen in the way they like, is the question that comes to our mind. Without stepping into theological realms, we can answer this by visualising the relationship between the deities and human beings in the same way how different elements of the earth behave.

The earth behaves like a single unit or a unitary cell. Whatever happens in Nature in one part of the earth has its impact in another part of the earth. The wind, the heat, the ocean currents, the atmospheric changes and the like do behave as parts of a single cell and interact and influence each other with the final result sinking on the earth impacting human life at some place in some way. This concept is almost accepted by the scientific community.

Our Vedic sages had gone beyond this level of understanding and treated the earth, the atmosphere and the stellar space as one unit- Bhu, Buvah and Svah –  because whatever happens at one impacts the other. A 4th component ‘Mahat’ was discovered by sage Mahachamasya, that encompasses all the three (Taittirya Upanishad 1- 5.1). This fourth component is known as Brahma or Atma or we can name it as consciousness for our understanding.

This consciousness pervades all the three levels starting from the earth in the same way how our consciousness pervades our physical, vital and mental state of our own existence. Anything that happens in any part of our body would send a signal throughout the body and different parts of our body would react accordingly. This concept is applicable to our larger frame of existence, constituted by Bhu-Bhuvah-Svah. In this larger frame, every entity including human beings, animals, birds and even natural forces react or adjust with each other to attain a state of equilibrium – which at times appears as portents.

Though Hinduism is vast source of theological concepts on Gods, the underlying feature is that deities are living consciousness. The installation of the consciousness happens in two ways. The Universal consciousness is installed through mantra, yantra and tantra in temples. The consciousness of those who once lived in flesh and blood is also installed by the same means. This is based on the logic that nothing ceases to exist in Nature.  The feeling of I-ness, emotions, aspirations and thoughts that were very much real while alive cannot disappear into nothingness. All these as part of the consciousness are expected to live in a place while deified.

This is the idea behind many deities of Kerala, village deities and roadside deities who are supposed to guard from accidents those who seek blessings from them. These deities were once real persons who died while saving someone from death. Until a century ago this practice of deifying someone who died under distress was in vogue.

Lord Ayyappa was a historical person who has been deified due to the exemplary nature exhibited by him while alive. A major difference between Lord Ayyappa and other deities is that strict discipline is maintained both in the case of upkeep of temple and also in the lifestyle of the devotees who plan to visit the temple. This creates a kind of entanglement between the deity and the devotees in such a way that if anything upsets the equilibrium, it gets a reactionary manifestation somewhere. 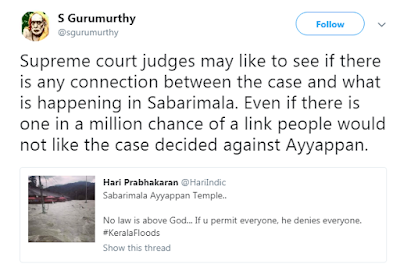 A comparable incident can be quoted from Silappadhikaram, the Tamil Epic on Kannagi who lived 2000 years ago. It tells about a time when the door of the Durga (Meenakshi) temple at Madurai could not be opened. This was perceived as the anger of the deity and a search was on to find out the wrong committed. It was found out that an innocent Brahmin was wrongly confined and only when he was freed, did the temple door open automatically.

This shows that the stronger the power of entanglement between the deity and the devotee, instantaneous would be the result of the violation committed to anyone one in the entanglement.
These nuances help us to answer certain questions before us.

1. Many mistakes and wrongs are reported in many temples. But nothing of the kind of ‘wrath-manifestation’ happens in those places. So the whole idea of Lord Ayyappa showing his displeasure is wrong and silly.

Loads and loads of violations and wrongs are being done in most temples. The sanctity of those temples is definitely afflicted. This is certainly in contrast to Lord Ayyappa temple where strict adherence to discipline is followed. When it is violated, it is immediately detected through Prasna and rectified. This temple stands on a different plane.

2. Floods and natural calamities are seen in many other places too. Which deity is responsible for those calamities?

A deity is primarily a manifestation of consciousness of high level. This consciousness is present everywhere, even in the natural forces around us. When we are upsetting their equilibrium, they pay us back. The environment pays us back. Which deity was responsible for the Chennai Floods of 2015? It was the environment that showed its fury. As part of the environment we failed to act in unison with Nature as collective consciousness. The closing of waterways and damage to land paid back as ‘anger’ or ‘displeasure’ of the deity (Nature).

3. Kerala is in the front of receiving excessive rainfall all these years. It always stands the risk of floods and devastation caused by floods. Why connect such a natural occurrence with a deity?

Kerala had been receiving incessant rainfall almost on all years. But never in the known past of 100 years was a devastation of this extent experienced. When it happened, we look out for the causes. And there exists a cause now in making a tradition and discipline of this temple subject to judicial scrutiny. Never in the past had anyone dared to question the tradition of this temple. When it was questioned, a calamity broke out. This is as simple as that.

However the liberals would not take any of these ideas. Our only word for them is that at least by thinking in these lines people get awakened to a collective conscience of a responsibility towards our environment. Hindu Thought dictates that everything in the environment – including animals like cows are part of the entanglement of the consciousness. Let people awaken to the consciousness in everything, both sentient and non sentient and be aware of their right to existence and their right to their own tradition and not just the right to one’s own self-interest

Read that article. Its funny. The writer tries to twist the study to justify AIT whereas, Witzel the messiah of AIT rejects the study on the ground that it is based on just two samples. Why they work at cross purposes? Let the author get his stables in place before writing such funny pieces.

I very much wish that comments are posted under relevant articles. My article on Rakhigarhi is here http://jayasreesaranathan.blogspot.com/2018/06/rakhigarhi-was-aryan-mr-witzel.html

Temple is situated n one of biological hotspots of the world , you still have tigers over which lost it's 98% of orginal range,rules were in place considering wilderness of the place, toughness of travel , protecting wilderness of the place, iit would be a stupid idea to allow females to that place, i went there when i was 12 years old quite long back, there re many restrictons fr construction near temple,duno how it is now,we journey of 50 ppl lterall slept out in open near the temple,that was the only time i did,allowing female means they need more security in place, more reasort, more busness , but to do that an important biological hot spot will come to threat,there more important things to do fr nation and we have stupids who are indulgent on these issues, most seems to be funded by church org...