It was a case of mixed feeling to read the news of the earthquake in Chile,– a cry at the human suffering on the one hand and an excitement over yet another confirmation of the right combination of earthquake detection astrologically. The after shocks will follow until 2nd March. Around midnight of 1st March, a lesser intensity with least damage can be expected in the Pacific coast off the Americas when moon crosses Saturn in Virgo.


Again the days between March 14th to 17th are vulnerable.
When moon crosses Aquarius and is in Uttra bhdrapada in Pisces – there are greater chances of tremors in the area of the Americas near the equator on the west coast. A tsunami is also possible. Wherever it strikes, the probability is night time – that is, before sunrise on those days. If earthquake does take place before sunrise, the impact zone and tsunami influence will be less than what happened in 2004 Indonesian earthquake that devastated Indian shores.


The analysis of earthquakes does give us some regular patterns which were discussed by me in my article in the Astrological Magazine, January issue. (This is available in print)

When all the below parameters existed, the earthquake was devastating as was the 22-05-1960 earthquake of Chile. When most of them - with the important ones such as affliction to Martian signs and earthy signs, particularly the Dwiswabhava Virgo had been there, the earthquake of deadly intensity had occurred. When the malefics in such a configuration afflicted watery signs, tsunamis had occurred. If Moon is caught up with the malefics and transits the asterisms of the malefics particularly Saturn and mars, the number of causalities will be high.


• Mars as signifactor for land, must get connected with earthy signs by association or aspect.

• Rahu as signifcator for earth and under ground must also get connected with earthy sings.

• The Martian signs Aries or Scorpio must get connected with either or both of these planets.

• Saturn’s aspect or association to these signs and planets increase the intensity of earth quakes and the casualty rate.

• The malicious combination among the nodes, Mars and Saturn involving Martin signs and earthy signs increase the chances of earthquakes.

• When such a combination occurs around Full moon or New moon, disturbances are certain.

• When an eclipse is visible in an area with all the above combinations, that area becomes a more likely candidate to receive tremors.

• There exists something similar to Paksha chiddra when earthquakes occur. Particularly 4th, 6th thithis and 12th, 14th thithis seem to indicate some stress experienced by the moon as it moves away and towards the Sun’s line of direct influence.

• In other words, starting form 12th Thithi until 6th Thithi, the moon and the sun are in some coupling, with the earth in between. Most of the earthquakes have occurred when moon passes these thithis.

• When the above mentioned planets get connected with the earthy signs and Martian signs with mutual aspect between themselves, during this period of Moon’s motion around the earth, the earth is disturbed.


After analyzing numerous earthquake charts we can see that affliction to Virgo, either by occupation or aspect by the malefics is a major indicator.
Affliction to watery signs by Saturn and mars indicate tsunamis. If Moon is caught in the tangle, there will be heavy loss of life.


Three earthquakes have occurred in Chile in the last 100 years, the most recent one occurring on 27th February this year.
All the three caused tsunamis.
We can note some prominent features namely Virgo getting afflicted and the Martian signs receiving aspects from malefics.

Let us take a close look at the recent earthquake. 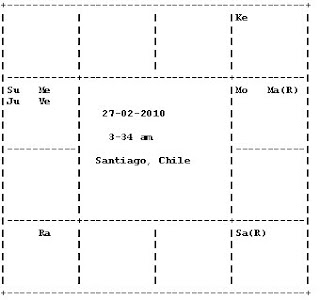 The Martian signs Aries and Scorpio are aspected by Ketu and Saturn respectively.
Virgo is marred by Saturn’s presence. Another earthy sign Capricorn is aspected by Mars while the watery signs are afflicted by Mars and Saturn showing the tsunami potential. Moon joining Mars ensured heavy loss of life. The tsunami potential was limited even though all the 3 watery signs were afflicted. It is because the ‘nexus’ between the 4 malefics by way of association or aspect with each other did not exist.

We can find the nexus in 2004 earthquake that produced a massive tsunami. 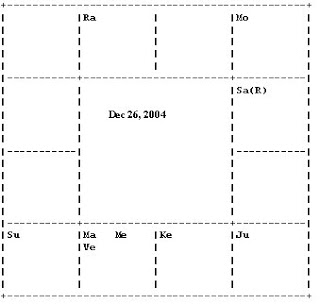 Look at all the parameters fulfilled in the above chart.
All earthy signs and Martian signs are afflicted.
Saturn and Mars in watery signs.
Saturn at 1 degree 27 minutes was receiving the 8th aspect of Mars at 6 degrees 18 minutes.
Martian 4th aspect also falls within Pisces, another watery sign.

Looking at days ahead, the movement of Mars determines the intensity and nature of earthquakes. 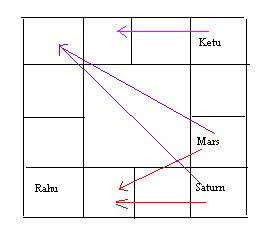 From May 26th to July 20th Mars will be in Leo. From there, it aspects Scorpio (Martian and watery) and Pisces, another watery sign.
Other parameters of earthquake discussed above continue. But the ‘nexus’ between malefics is still not there.

Therefore earthquakes accompanied with tsunamis can be expected with a moderate deadly potential whenever moon comes within the thithis (Dwadasi to sashti), gets aspected or associated with the 4 malefics and / or transits the asterisms of the 4 malefics with affliction from at least one of the malefics by aspect or association.


When Mars joins Saturn from 20th July to 5th August, that is the worst period in earthquake history! The ‘nexus’ exists. 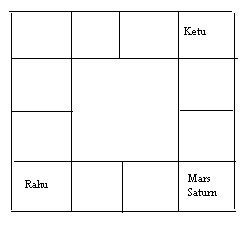 Even volcanoes will erupt. The direction (Virgo) is south showing that Mayon will be active at this period.
Pisces indicating North is also heavily affected. Mexico, western coast of the USA come in this range.


The worst period is not yet over.
As Mars moves to Libra on 5th August and stays there till October 19th, we can see more strains caused by Mars. I expect the west of India and Pakistan coming under tremor zone. A more detailed analysis to pin point the location is underway and the results will be published in the Astrological magazine. 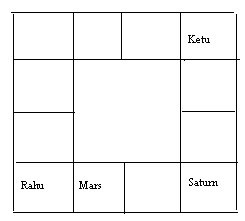 because a ‘nexus’ between malefics is formed, in addition to fulfillment of all earthquake parameters. The period lasts between October 19th to November 30th.


The dates will be based on Moon’s transit in the said thithis while simultaneously getting afflicted by the malefics – one or all of them.


Thinking of earthquakes, the Peace Chant of Vediks looks more relevant.
Nothing is in our control.
The world moves as per some programme in which we have no control or say.
All that we can say is -
Peace be with all.
Let no living being – be it a plant or an animal or a fellow human being suffer.
Let Vishnu’s strength by which the worlds are protected be always on us – on our hapless earth.

I am interested to learn more about the events falling in teh window opportunity:
5th August to October 19th