Sec 66A: Curbs on free speech are part of Nehru family legacy


There has been huge consternation and hand-wringing by legal and other experts about section 66A of the Information Act 2000, as amended in 2008, and which got the presidential assent on 5 February 2009. This bill, and several others, were passed on 23 December 2008, the last day of the winter session of the 14th Lok Sabha in seven minutes flat.

The way the Act is worded, many experts feel it is ultra vires the Constitution's Article 19(1)(a), which enshrines freedom of speech. The Supreme Court is currently hearing a petition on it and it has issued notices to state governments like Maharashtra and also the Centre. The next hearing is scheduled for 14 January 2013.

The issue is much more deep rooted and ingrained in our governance system and was originally planted by Jawaharlal Nehru, who introduced the first amendment to the constitution to curtail press freedom.

The cases involved Romesh Thapar, in which the Madras government, after declaring the Communist party illegal, banned the Left leaning magazine Crossroads as it was sharply critical of the Nehru government. The court held that banning a publication on the ground of threat to public safety or public order was not supported by the constitutional scheme since the exceptions to 19(1)(a) were much more specific and had to entail a danger to the security of the state.

The other case related to an order by the Chief Commissioner, Delhi, asking Organiser, the RSS mouthpiece, to submit all communal matters and materials related to Pakistan to scrutiny.

It was in this context that Nehru's government decided to amend the Constitution inserting the words 'public order' and 'relations with friendly states' into Article 19(2). 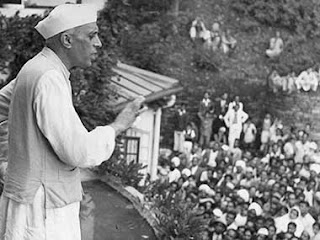 In the debates surrounding the first amendment to the Indian Constitution, Nehru came under severe attack from opposition leaders for compromising the right to free speech and opinion. Getty Images

More than the amendments, it is the intolerance exhibited by Nehru for his opponents in the Lok Sabha during the debate which is much more frightening.

"Part of the Indian press, said (Nehru), is dirty, indulges in 'vulgarity, indecency and falsehood.' To teach it manners, Nehru proposed an amendment to India's constitution that would impose severe restrictions on freedom of speech and expression. He asked for power to curb the press and to punish persons and newspapers for 'contempt of court, defamation and incitement to an offense' Nehru told Parliament: 'It has become a matter of the deepest distress to me to see the way in which the less responsible news sheets are being conducted . . . not injuring me or this House much, but poisoning the minds of the younger generation."

"Prime Minister Nehru got his law to curb India's press. Voting 228 to 20, Parliament amended the 1949 constitution, which guaranteed freedom of speech and expression to all citizens. Under the amendment, the government may introduce laws fining newspapers for 'defamation or incitement to an offense.' The courts will set the penalties.

Mookerjee (to Nehru): You've got 240 supporters in this House, but outside in the country millions are against you.

Nehru (shaking his fists) : [Your] statements are scandalous...

The fury with shaking fists exhibited by Nehru was carried forward by his daughter Indira Gandhi when she imposed an internal emergency and introduced comprehensive censorship of the media and, unfortunately, most of our media" crawled when asked to bend."

In addition to the common man, the judiciary and the media bore the maximum brunt of the impact of the emergency. The Supreme Court, by a majority of four to one, held that a person could be arrested or detained without legitimate grounds and there was no remedy in the law courts since all fundamental rights were suspended. The attorney-general of India argued - a citizen could be killed illegally and no remedy was available since there were no fundamental rights of the citizen any more.

Censorship was imposed on newspapers and barring a few, like The Indian Express, other newspapers did not have the courage to defy the censorship orders.

The Press Council of India was formed after the ending of Emergency and its main aim was to safeguard the freedom of the press and to maintain and improve the standards of newspapers and news agencies in the country.

After Indira, it was Rajiv Gandhi's turn. During his regime, he tried to censor the press by passing the infamous Defamation Bill in the Lok Sabha, but he was forced to withdraw the bill before it became law after it faced intense opposition from the public. 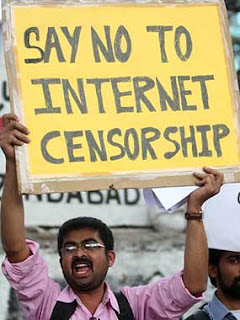 This section 66A, introduced as part of an amendment to the IT Act in 2008, is draconian in the Nehruvian tradition circa 1951. AFP

Rajiv Gandhi also made a crude attempt to pass a Postal bill, which sought powers to censor and intercept all mail. The law would have allowed him to set up an entire department with huge offices in all cities to look at every letter sent in the mail. The letters would be censored and ordinary people arrested for the crime of sending letters criticising the government. Fortunately, President Zail Singh precipitated a constitutional crisis by refusing to sign the bill and the country was saved from such a draconian law.

The Rajiv Gandhi government banned Salman Rushdie's Satanic Verses, - the first country to do so - an act that would attract the attention of the whole world in terms of curtailing free speech.

Now, in this Sonia-Rahul dispensation, it is the turn of Section 66A. This section 66A, introduced as part of an amendment to the IT Act in 2008, is draconian in the Nehruvian tradition circa 1951. The sad part of this amendment is that experts from various IT-related bodies like Nasscom seem to have provided inputs and given the nod to such a draconian law.

The government had notified four sets of rules under the Information Technology Act, 2000 on 11 April 2011.

Section 66A elaborates on the subject of offensive messages and punishments thereon through communication service, etc.

a) any information that is grossly offensive or has menacing character; or

b) any information which he knows to be false, but for the purpose of causing annoyance, inconvenience, danger, obstruction, insult, injury, criminal intimidation, enmity, hatred or ill will, persistently by making use of such computer resource or a communication device,

c) any electronic mail or electronic mail message for the purpose of causing annoyance or inconvenience or to deceive or to mislead the addressee or recipient about the origin of such messages shall be punishable with imprisonment for a term which may extend to three years and with fine.

Explanation.- For the purpose of this section, the terms "electronic mail" and "electronic mail message" means a message or information created or transmitted or received on a computer, computer system, computer resource or communication device, including attachments in text, images, audio, video and any other electronic record, which may be transmitted with the message.

Clause (a) of Section 66A uses expressions such as 'grossly offensive' and 'menacing' which are not only difficult  to define but also highly subjective. Clause (b) prescribes penalties for offences such as 'annoyance', 'criminal intimidation', 'insult' and promoting 'hatred' or 'ill- will' between groups. Prescribing the same punishment for 'annoyance', as well as 'criminal intimidation is ridiculous. Moreover, most of these offences are already covered under various sections of the Indian Penal Code, 1860 (IPC). As a result, offenders often get booked under both the statues for the same offence.

In some cases, penalties for the same offences are higher in the IT Act as compared to those in the IPC. Thus, if an offence is committed through an electronic medium such as the Internet, it would attract a higher penalty than otherwise. For instance, threatening someone with injury to their reputation through email attracts a penalty of three years' imprisonment under the IT Act while the same offence when committed verbally attracts a penalty of two years' imprisonment under the IPC (Section 503 and 506). We feel that this is inconsistent and wrong.

Under the Code of Criminal Procedure, 1973, offences punishable with a jail term of three years or more are 'cognisable'. This means that a police officer can make the arrest without a warrant. This leaves more discretion to the police officer and makes the section liable to misuse.

The particular focus on social media may be mainly due to the fact it is not amenable to government diktats due to patronage in the form of advertising, etc. Also SM is perceived to be more right wing compared to the left liberal nature of the mainstream media or MSM.

In any case, what was started by Nehru is coming to a full circle under his granddaughter-in-law and great grandson. This does not augur well for freedom of speech and it is increasingly becoming an issue of whether there is freedom after speech.

But one hopes that our Supreme Court will throw this draconian lock, stock and barrel since it is against basic norms of free speech, as much argued by Bal Gangadhar Tilak and Mahatma Gandhi, when they were hauled up under sedition laws in their time