The Vedic homa called Athirathram begins today at Panjal in Kerala. Those wishing to know about this ritual and keep track of the events may be hooked to these sites :-

Any Vedic homa is aimed at ‘sukha’ – happiness for all entities of the world. The timing now coincides with peculiar planetary combinations in Pisces. I am of the opinion that starting from tomorrow until 17th April, the planetary combinations are not good. However the movement of Jupiter in northern declination and Sun taking lead among the congregation by asthang (combustion) are my hopes.

Just before starting to write this post, I read the news that is thinking of ushering in democracy. That is great news as I was not enthused by the and others arming the Libyan rebels. Usually when Saturn and Jupiter come in opposition, rebellious instincts will rise high. In the past, radical outfits such as Taliban came into being only during Jupiter – Saturn opposition. So I was wary of how the support for armed struggle would transform in future.  However in the current opposition of Sat – Jup, my assessment is that any such rebellion will pave way for establishment of justice for the masses. So with the news of some cheers in , I wish that my other worries on natural calamities will go off,  thanks to the Vedic ritual spreading some vibrations for peace and happiness in our part of the globe. An earthquake of 7-1 magnitude was reported in Java this morning and a sudden hot water spring erupted in a field in Kumbakonam. Let us pray that Mother Earth remains calm.

Homa to be monitored by scientists!

Given below is a report which says that an experiment on Kayakalpa rahasya is also being tried at Kerala now.

Kerala will revisit its Vedic past 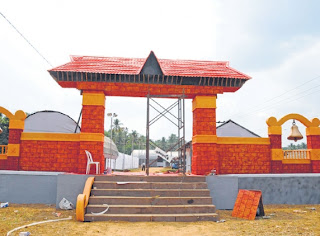 Vedic history will revisit Kerala this week. Two hamlets in Thrissur and Palakkad districts will witness rare rituals that showcase the glorious tradition that once existed in Kerala.

In the sleepy hamlet of Panjal, some 30 km from Thrissur, a 3,000-year-old tradition called 'Athirathram' begins on Monday. While, in Ottappalam, bordering the district, a 92-year-old man is ready to make an epic bid to regain his youth using the ancient Vedic practice of ‘kayakalpa rasayana’.

Monday morning the sprawling fields of Panjal will reverbrate with chants of Vedic mantras from the scriptures — Rigveda, Yajurveda and Samaveda — in front of a ‘homa kundam’. Panjal was the venue for such a ritual 35 years ago. 'Athirathram' is aimed at promoting universal harmony, peace, solidarity, prosperity and spiritual enlightenment. The fire will cleanse the atmosphere too, organisers of the ritual said.
It is a tradition with a history dating back to the 10th century BC that is now practised by select Namboodiri families, the organisers said.

Under the treatment as part of kayakalpa rasayana, Yugal Saran Maharaj, from Mount Abu in Rajasthan, will live in a three-chambered room or trigarbha graham from Monday morning and will be confined to solitude for the next 45 days, cut off completely from the outside world.

His diet will comprise a combination of herbal medicines and a glass of milk. Maharaj witnessed freedom fighter Madan Mohan Malaviya undergo this treatment in 1932. But, unlike the freedom fighter, the ascetic is hale and hearty at 92 and has volunteered to undergo the treatment as an experiment. 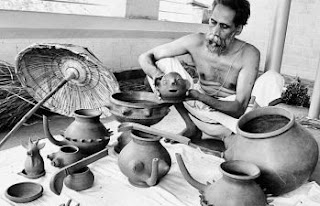 ‘Somalatha,' a herb which is an important ingredient for the rites, was brought from Kollengode Desam to the venue on Saturday.

The altar (Chithi) of the ‘yagashala' for Athirathram has been made of 1,110 specially designed bricks. A research wing has been constituted as part of the Athirathram.

It will be led by V.P.N. Nampoori, Emeritus Scientist at the Council for Industrial and Scientific Research and former Director of International School of Photonics, Cochin University of Science and Technology.
Athirathram is considered the ultimate invocation of Vedic scriptures for universal harmony. It is being conducted at Panjal after 35 years. Its objective is to promote universal harmony, peace, solidarity, prosperity and spiritual enlightenment. Athirathram is believed to have originated in the 10th century BC and practised until the 6th century BC.


In 1975, Frits Staal, Indologist and Emeritus Professor of Philosophy and South/Southeast Asian Studies at the University of California, Berkeley, organised and recorded the ritual through grants and donations from institutions such as Harvard University, Smithsonian Institution and the Rock Foundation.
He also studied the application of mathematics, physics, chemistry, biology and astronomy in this complex ritual.