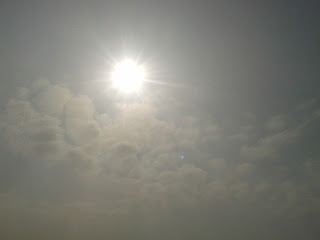 Gradually clouds grew and spread, some of them in mal-formed aquatic forms. From 10-30 AM onwards, clouds started crossing the sun occasionally. By 12 noon, the duration of hiding the sun increased and the frequency of crossing the disc of the sun also increased. 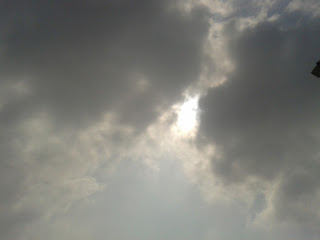 Between 1 PM and 2 PM, huge dark clouds were crossing the sun reducing the heat and light on the ground. 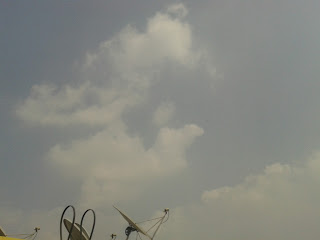 (3) Planetary:- (1) Stars appeared clear and bright.  Venus a prominent planet in the western sky looked bright. The ideal condition is to see them dim and faint. (2) All planets were in Southern declination. (3) When moon entered Pisces (watery sign) around 1-00 PM, huge bunches of clouds were seen overhead and they were crossing the disc of the sun often.

(1) Mercury – Venus closeness is on during this fortnight.  The gap however increases from 13 degrees to 16 degrees during this fortnight. This is sufficient to influence rainfall.
(2) On 15th September Venus enters Leo to join with Mercury, Mars and Sun. This entry period could trigger rainfall.
(3) Mars in Leo would be in conjunction with benefics namely Venus and Mercury from 15th September to 26th September. This period could support rainfall.

(1) The presence of Mars in Leo is a rainfall discouraging feature. This coexists with supportive feature mentioned in point 3 above. There would be a tug of war like clash between both yogas – rainfall supportive and spoiling.
(2) On September 15th Venus in the western sky would be transiting in Magha star. This is a spoiling Yoga.


Inference:-  The impact period coincides with the celebration of Krishna Jayanthi. Rain on that day in Chennai is not indicated. However this must be further checked in daily Garbottam.
The reasonably good Garbottam features happening between 10-30 AM and 2-00 PM must give rainfall during the 2nd quarter of the fortnight. Particularly the good Garbottam between 1 and 2 PM could give rainfall from 18th to 21st September. This period coincides with the entry of Sun into the next sign (Virgo) and Mahalaya Amavasya. The final outcome depends on the contradictory yogas. However the rainfall supportive yogas look stronger than spoiling yogas thereby making the first part of Navaratri wet.

Ma'am,on a completely different note, is there any chance at all that a temple for Bhagwan Rama would come up at Ayodhya? Despite HC verdict in 2011, it is still stalled in SC. Astrologically, are there any chances of construction in the next few years. Request you to kindly write on this topic as and when you find time.

There is no way to know, other than doing Prasna for this request of yours. When I did that it showed that Ram temple would come up, but after lot of fights and rounds of cases. Govt would not take initiative. I mean Govt's role would be limited. It is through people's will and understanding between communities, perhaps aided by court's role.

Meanwhile, I heard that there is possibility of cyclone for TN on next week (before Pongal)..
Seek your views on it..
will it happen???

The broad based, long range sort of prediction is being posted every day based on Margazhi Garbottam. This is preliminary. Daily observation till June 2017 must be done to know the exact dates of rainfall in NEM 2017. By 11th January, general scenario would emerge. By June, detailed scenario would emerge. Based on planetary positions, late rains from the 2nd week of December 2017 would benefit TN. 2018 would be a better year.

I dont see rains for Tamilnadu during Pongal. There is no rainfall support yoga at that period.