Is Shiva really a Dravidian god?

This article is excerpted from an old post in my blog written by the guest writer Mr R Ramanathan. This is one of the few articles I will be posting in the coming days on certain issues concerning the AIT (Aryan Invasion Theory) before re-posting some interviews on the AIT issue by Mr Nithin Sridhar.

Is Shiva really a Dravidian god?

Why are western Indologists only obsessed about the Rig Veda alone and not the Yajur Veda or the Samans?. They consider these "later" which means it is un-important?.  The Rig Veda has a very advanced Sacrificial culture in it. In fact all the 3 Vedas mention each other within themselves and I do not see why one is less or more. Traditional scholars, who have dedicated their lives for Vedic study, do not say that the Rig is better than the Yajus or vice versa. Has the opinion of traditional Vedic teachers who really have lived a Vedic life and breath it, ever been collected?. As far as I know each veda is functionally different that's it.

I have some knowledge of the Yajur veda and the Rig veda. With that I started analyzing the statement of the AIT proponents that Shiva was a Dravidian God. The only reason which I saw why Lord Shiva is not accepted as an Aryan gods is that the word "Shiva" does not appear in the Rig veda but only the term "Rudra" occurs. 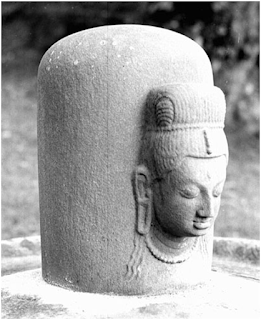 But the Yajur Veda has Shiva repeating multiple times as Rudra's equivalent. Why on earth based on this on word alone should this be denied?. And also why would the Yajus be rejected here?. Also some suggest "Siva" & "Shambu" originated from Tamizh words "Sivappu" and "Chembu". But I do not think it is right because there is a distinct difference in the "Sha" consonant which is an Ushma consonant from Sanskrit grammer.  "Chembu" would use "Cha", which is distinct from "Sha".
God knows how one was derived from the other. So based on the non-occurrence of "Shiva" in the Rig Veda alone Shiva is called a Dravidian god.

Any evidence of Shiva as a Dravidian God in Tamil lands?

Also since Vishnu was an Aryan god I started looking into the Shaiva-Vaishnava debates and what they had to say about this. Nowhere did I find that Shaivaites reject Vishnu because he is an Aryan god. Or Vaishnavaites reject Shiva saying he is a Dravidian god.  The entire debate is based on either the deeds of the gods based on the puranas and their appearances. Also some vaishnavaites claim that the word "Shiva" in the vedas, did not mean "Rudra". But it meant "Auspiciousness". Since Shiva was a god who hobnobbed with ghosts from the graveyard he cannot be auspicious. Thus nowhere in the Shaiva & Vaishnava rivalry we see this Aryan/Dravidian divide.

Also the Thillai Vaazh Andanar (Ancint saivite Brahmins in  Chidambaram) study the Veda seriously. They are also staunch Shaivites. They don't say Vedas or Vishnu is Aryan or Shiva was Dravidian. They say Vishnu was one of the minor deities with Shiva being the supreme.

Tamizh Shaivite saints like Gnanasambandar have sung
"Long live righteous Vedic Brahmins, whose penance are needed for a proper bountiful rainfall. Long live the king to protect dharma. Let the name of Hara spread". As seen here he does not consider Brahmins "Aryan" and shiva a "Dravidian" god. He himself was a shaivite Brahmin and his father had performed a Vedic soma sacrifice. All the 4 great shaivaite saints have sungs very beautiful and highly devotional songs on shiva but none disparage the vedas as Aryan.

Now consider the "Divyaprabandam". It consists of 4000 beautiful hymns packed with devotion to Vishnu. It was considered as Tamizh Vedam. One of the composers was a devotee called Nammazhvar who belonged to the fourth Varna. As per the Aryan Dravidian divide he should be Dravidian. But he composed this wonderful work and compares it with the Vedas. He a "Shudra" singing praises of an Aryan god?

This also goes to show that the 4th Varna did not think of themselves as Dravidians and were separate from Aryans. In the same mould are Thirupanazhwar, who was outside the pale of the four castes. He was highly devoted to Vishnu.  He did not consider himself an Adivasi.

Also one more point quoted here is that a "Linga" was found in the Harappan civilization. This proves that it was Dravidian as this "Linga" worship is predominant in the south. But in the Mahanarayana Upanishad of the Krishna Yajur Veda, there is a mantra beginning with "Nidhanapathayee namaha" and ending with "Sarvalingam sthapayati pani mantram pavithram". This is a mantra for linga pratishta. So where is linga worship absent in the Veda?.

In innumerable shiva temples in Tamil Nadu (all the ones in the Nava kailasam temple series on the Thamiraparani), the lord is named "Kailasa Nathar". If shiva was Dravidian why is he named after a place, northern most in India?

Also the Shiva yogi Thirumoola who composed the great "Thirumandiram" of 3000 verses, says that he was a yogi in the Himalayas and Nandikeshvara's shishya. The Thirumandiram is a canonical Shaivite text in Tamizh. Why would they want to choose a book written by a person from the "Aryan" North?.

Also sometimes Rudra is extolled as Agni and Agni as Rudra in the Yajur veda. Sometimes Indra too danced as Shiva of the puranas.

All these show that shiva was never a Dravidian god or Vishnu Aryan or vice versa. There is no scriptural (Vedic or Agamic) evidence for this.