A brief discussion of the 6 Astika Darshanas-Part I (Guest post by R.Ramanathan) 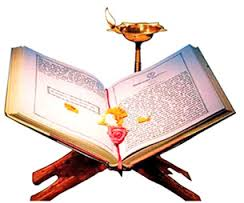 What is the meaning of darshanas and why “Astika”

These Astika darshanas derive their authority from the Veda and mostly deal with existential questions. The following is the list of knowledge sources of Vaidhika Dharma (Decreasing order of importance)

Thus all 16 are called together as the shodasa vidyas sthanas. If a dharmic question arises, it should be settled by seeing what the Veda says, if it is not clear then check the anga and so on. 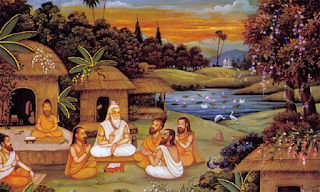 The relevance of the 6 Darshanas

The Vedic angas and darshanas are very ancient and are right from the “Vedic period”. Unfortunately majority of the Hindus are not aware of the immense knowledge, both spiritual and worldly found in them. Grammatical, astronomical and geometrical and legal knowledge are found within the Angas. The system of predicate logic, Elementary atomic theory, precursor to the concepts of evolution and a framework for designing a legal system etc are found in the darshanas. Without the knowledge of them we have become emaciated.

As a practical application of the Darshanas let us consider a trivial example from the Veda (Taittriya Aranyaka) and use a simple principle from the Poorva Mimamsa to resolve it. The pravargya rite as defined by the Taittriya Aranyaka 1st prashna, is the symbolic joining of Rudra's head to his body after he loses his head. But in the same Aranyaka 8th prashna, it is said that the pravargya represents symbolically the joining of Vishnu's head to his body after his head was severed. Here we have two conflicting versions. How do we resolve this? In Mimamsa we have the principle of Upasamhara or proximity. The above story is provided as an arthavada (Eulogy) of the rite. So the artavada appearing closer to the description of the rite is to be taken. Also to derive the meaning of similar words have swaras that help to resolve them.  We have krama pata etc for error correction and detection. We do not have these things for other texts.

It is imperative to know at least the basics of the darshanas. Therefore this article.

Sources of knowledge or pramana (Epistemology)

Before we go into the depths of each darshana it is important to understand the meaning of the word “Pramana”.  This word simply means “Right source of knowledge”.  Epistemology in English means the science of validating the source of knowledge. Indian systems have a very deep understanding of this area. As a good example there is a book called “Pramana Lakshanam” by Madhava. It is available online and can be easily searched on Google. It treats the subject of Epistemology in depth. Indian Epistemology classifies pramanas or sources of knowledge into the following

If noted closely items 4-6 are derivations of 3. So we can take the first 3 as main categories. Why do we need to know all these to understand the darshana's? Because each darshana bases its tenets on one or more of these pramanas. For example Sankya accepts only the first 3.  All schools of Vedanta accept all 6 and so on.

The reason why the Vedas are considered reliable means of knowledge or pramana is due to the effort taken to preserve them as is. The body of knowledge generated to preserve them itself is a vast ocean. Apart from the Angas, we have pratishakyas for each shaka, lakshana books, various kind of shiksha's like pluta shiksha and so on. Why do we do this for the Veda? Because the Vedas are considered apaurusheya (Not man-made) or revealed to a rishi. So the source of that piece of knowledge is super-sensual. So it is good if we restrict Shabda pramana to the vedas & angas alone.
Enough with the digressions we will start discussing each Darshana in no particular order. I plan to give an elaborate explanation for 5 other Darshanas other than Vedanta as that seems to be the most popular one.

The Darshanas in detail

The reason for starting with this is that, this is the most famous among the six. As everybody knows, Veda+Anta = Vedanta. The portions that appear at the end of each Veda i.e.the Upanishads are the basis for this school of philosophy. Examples are the well-known Taittriya, Brihadaranyaka, Chandogya etc. They occur at the end of the Taittiya Brahmana, Shatapatha Brahmana and Talavakara Brahmana respectively. But the Ishavasyopanishad occurs in the samhita of the Shukla yajus.

In addition to the Vedic sources the Brahma sutras and the Gita also forms an important part of this school. This school accepts all the 6 pramanas stated above. All the 3 Upanishads, Brahma sutras and Gita are called prastana traya. Unfortunately because of a lack of padha pata and swaras for most Upanishads (The Taittriya and Isha and Brihadaranyaka have swaras) and due to different interpretation of the Brahma Sutras there are  3 schools under Vedanta Advaita, Vishishtadvait and Dvaita.  I do not plan to go into the details of each school here as they are known very well and there are large number of followers in each school. It should be said to some extent that Vaidika Dharma has survived because of these 3 schools. The reason is that these 3 mutts have preserved the Vedas and much of the local arts and literature. Like for example the Shri Vaishnava mutts have preserved the Divya prabhandam in tamizh and the Madhva mutts have preserved Kannada devotional literature.

Note that though there are 108 Upanishads available (Some consider it to be 1008), only 10-15 are considered to be authentic by the traditional acharya’s of the 3 schools. The criteria for an Upanishad to be considered authentic are,

1.      It belongs to an existing Vedic shaka and is of considerable antiquity
2.      It does not have sectarian overtones.
3.      Its tenets do not go against the mainstream Shruti, Smriti and Shishtachara.

The reasons for criteria 1 is that if the Shaka of the Upanishad is known, then the swara rules for that shaka become known. Based on this criterion alone it is possible to eliminate many so called Upanishads. The second criterion is to safe guard Vaidhika dharma from external attacks. Imagine what it would be like if a Christian missionary somehow wrote a “Yesopanishad” and let it loose. The unsuspecting Hindu with his liberal outlook may be deceived. So if any Upanishad harps too much on one deity who does not belong to the Vedic pantheon or even on one deity who is found in the purana alone, then it is to be rejected.

That is why Upanishads like the Ganesha Atharva Shira though chanted widely in south India, is not considered authentic because its swaras are ambiguous. I have checked with Atharva Vedins and they are sure that it is not part of the 2 existing Atharva shakas, Shaunikiya and Paipalada. The same goes for the Kali Santara Upanishad. It is the one that gives the mantra “Hare Rama Hare Krishna” Vedic sanctity. But even Vaishnavaite schools of Vedanta do not consider it authentic because it fails criterion 1, 2 and 3.

Consider the Vajra Suchiko Upanishad. It says that “A brahmin is a brahmin only if he realizes brahman and not just by wearing a yajnopavita, shika and vedic study”.   Astika’s reject this because if the Upanishad is taken, then Brahmins can never perform the Shastraic ordained duty because only a Brahma jnani can be a Brahmin.  This violates criteria 1 & 3. How many Brahmins can be a brahma jnani in thousand years? Actually this Upanishad is suspected to be a work of the Baudha Nagarjuna. There are a number of cases like this and it would be impossible to list them here.

Very good article, thanks for posting this. One doubt. What is this ""Vedi period""? I believe this was coined by the colonial British to date Vedas in relation to Biblical times and it has no relevance in the Indian Dharmic context. As Vedas are as old as time, where does this Vedic period comes from? I would apprecite Madam Ji"s view on this. Thanks.

Yes, the classification such as Vedic period is modern, done by foreigners and also some Hindus themselves resort to that. As far as I can understand, the classification must be that of Manvanthras and / or that of Sapta rishis. If we want to further simplify this to rope in recent history, we can go by the order of kings - mostly of Ikshvaku dynasty. Those associated with Vaivasvatha Manu gave Rig Veda. My view on chronology of Vedas is that Atharva Veda (40000 years ago), then Sama Veda, then Yajur Veda and then only Rig Veda. Vaivastha Manu is positioned here - in this Rig Vedic period.

I have a plan to write articles on these based on inputs from Ithihasas. Let me see when I can do it.

@RK
Thanks for your comments. I had put it in double quotes "Vedic period". You are right in stating what you said. I meant in 2 ways
1. In a pejorative way as indicated by the double quotes.
2. What i mean is that those darshanas have been there from the time the Veda rishis were there.You can find various references to them in the Upanishads like Taittriya, Katopanishad and so on.

@Madam
Madam such rigid time periods for each Veda may be difficult to accept, because in the Rig Veda we find references to the Yajus and Samans and atharva. The Yajus mentions the other 3 and so on. So the various Vedas did not rise in isolation.

Thanks shri Ramanathan and Madam ji
I thought Vedas got codified into four by Veda Vyasa. In other words, it is a Rishi( Man) made division???

According to me the chronology of ended with 13,000 + years ago when Vaivasvatha Manu settled down in the Saraswathi basin. By then all the Vedas had come to stay. It is even said that there are many Vedas and not just 4 Vedas. Around 5000 years ago, Krishna Dwaipayana ( Veda Vyasa) picked out some and grouped them which is what we have now. (This means the division into 4 was done by Veda Vyasa). Therefore in the in-between period of 13,000 + yrs to 5000 years ago, the mixing as Mr Ramanathan said had happened. This makes it difficult to say which came first or later. But if we accept the idea as I said, the cross reference / mixing issues are understandable.

One reason why I said Rig Vedic renditions came after Yajur Vedas (originally) is that yajnas were already in vogue in Vaivaswatha Manu's times. And he had asked for a yajna to beget a male baby which was obliged by Vashishta. Perhaps Pumsavanam was the yajna devised then for the sake of Vaivaswatha Manu. 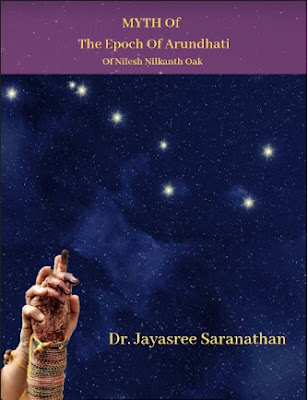