Face shows the character of men?

A study by the researchers of Brock University, Canada says that a man’s character can be known from the shape of his face. The width -to -height ratio (WHR) of the face determines the character. They have arrived only at one type of WHR of a broad face with height less than the width of the face. The corresponding characteristic is found to be aggressiveness.


Correlation of charter to the shape of the face is not new to Hindu Thought. The Sastra of Samudrika lakshana for men has identified 12 groups of features to identify a man’s character in totality – of which the shape of the face is one. One can not only predict the character of a person from all these but also tell about his fortunes. It is hoped that these researchers take cue from the Indian sastra of Samudrika lakshana and work on them.


They have been listed and explained by Varahamihira in Brihat Samhita in chapter 68.
They are as follows:-


This is an elaborate topic and let me confine myself to WHR related ones and the Best of samudrika lakshana for men.

On Anuka (shape of the face), Varahamihira says that one’s character can be known from the shape of the face. In describing the shapes he compares them with shapes of faces of birds and animals.

• If the face is like that of a cow or ox, or tiger or lion or Brahmani kite, one will be successful in fighting. He will become a king or leader by his valour.

• If the face is like that of a monkey or buffalo or the hog or goat, he will have sons, will be rich and live with comforts.

• If the face is that of an ass or camel, the person will be poor and unhappy.

Elsewhere a description of Samudrika lakshana for men deals with square or quadrilateral face in addition to 5 other shapes to identify the characteristics. 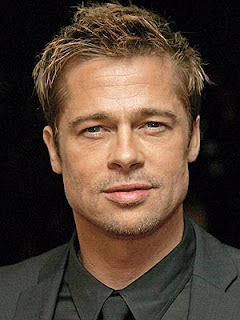 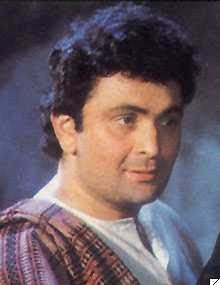 Some special features with reference to nose, lips and shape of head for both men and women:- 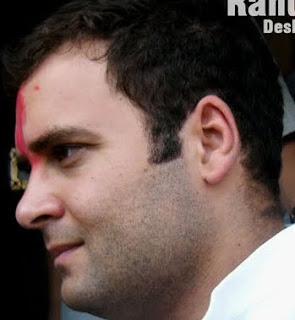 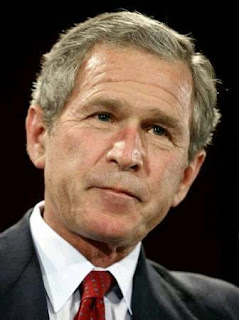 If many lines run horizontally for men

There are 32 features (lakshana) identified for men as being Royal or hero-like.

The 32 features are Kingly features which a king would possess, according to this Sastra.


• The following 7 features must be red in colour.


• The following 6 features must be raised.


• The following 5 features must be thin


In addition there are 7 vital substances that make a man look like a King or hero.

• Medas sAra - eye, nail, teeth and tongue must be glossy and soft

• Asthi sAra – bones and joints must be firm and well developed.

• Satwa sAra – This includes a fine gait like elephant, bull or lion, a fine voice of the sound of elephant, bull, chariot, drum, lion or cloud, a fine colour that is glossy, shining and thin and a good height of 108 or 96 amgulas.


The description goes on and is varied. I have covered some basic ones only in this post.
These and others have been told by the sages according to Varahamihira.

Face can reveal your character

A person with a broad face, having large width-to-height ratio (WHR), is likely to be more aggressive than the one with a narrow or long face


A quick glance at someone's facial structure can give a sense of how temperamental the person is, a new study suggests.
A person with a broad face, having large width-to height ratio (WHR), is likely to be more aggressive than the one with a narrow or long face, according to psychologists of Brock University, Canada.
WHR is determined by measuring the distance between the right and left cheeks and the distance from the upper lip to the mid-brow.


During childhood, boys and girls have similar facial structures, but males develop a greater WHR than females during puberty.
The psychologists came to their conclusion following a study, in which they asked volunteers to predict the behaviour of a person by looking at his photograph.


The estimates also corresponded with WHR of the faces -- the greater the WHR, the higher the aggressive rating -- suggesting that facial structure could be a substantiating parameter to judge one's potential aggression.


By Les MacPherson, The StarPhoenixSeptember 29, 2009
Are you a man with a face that is somewhat wider than average?

If so, you could be a serious threat to public safety. Researchers at Brock University in St. Catharines, Ont., reportedly have found that men with wider faces tend to be more belligerent. Their study showed NHL players with wider faces take more penalties than players with narrower faces. The statistical link between face width and penalty minutes is described as "robust." You could almost assess a five-minute penalty just for having a wide face.


Casual observation seems to support the research. Consider, for example, Daniel Carcillo, the Philadelphia Flyers goon who last season led the NHL in penalty minutes. He's got a face as wide as the back of a bus. Or consider Zack Stortini of the Edmonton Oilers, who led the league in fighting majors. His face is so wide they had to print his picture sideways on his hockey card. Then there is Tiger Williams, the all-time NHL penalty leader. He has an extraordinarily wide face, although it's not easy to tell how much of the width is natural and how much is scar tissue.


I once saw Tiger Williams, when he was playing junior, come over the back of the bench and up the concrete steps into the stands, where he went after a heckler with his stick. Not once have I seen a player with a narrow face do such a thing.


The all-time NHL leader for face width is, of course, Tie Domi, whose face is so wide it appears to have been lifted from a comic with Silly Putty and then manually stretched from side to side. Not coincidentally, perhaps, Domi was infamous during his playing days for cheap shots, suspensions and an alleged extramarital affair with Belinda Stronach, who has kind of a wide face herself, now that I think of it. That might explain why it didn't last.


Researchers suspect that a wide face and aggressive behaviour both result from naturally higher levels of testosterone, foremost among the male steroid hormones. There is conflicting scientific evidence as to the role of testosterone in male aggression, apparently, but you don't hear about a lot of interior designers taking steroids.


The problem with this study is its smell. There is about it the gamey whiff of phrenology, among the most notorious examples of junk science.

Phrenology is the theory that our character and personality are revealed by the shape of our head. As with most junk science, it was salted with nuggets of plausibility. The thinking was particular areas of the brain are responsible for particular aspects of behaviour, which is more or less true. The mistake was to believe our craniums are shaped by the differential development of these areas. Phrenologists thus claimed they could predict behaviour by taking various measurements of a person's head.


Mostly dismissed or ignored by mainstream scientists, phrenology was nevertheless popular, especially in Victorian times. Phrenologists then made their living by measuring people's heads, often with elaborate mechanical calipers, as a kind of personality test. A bump here might indicate kindness. A bump there might reveal musical ability. A bump elsewhere might expose a predisposition to violence. Detailed maps of the head purported to show which was where.


Thomas Edison was a believer in phrenology. Social engineers and law enforcement authorities were likewise attracted. Phrenology seemed to offer them a convenient way of identifying anti-social individuals. It also served to justify the prevailing racial stereotypes of the day.


Not everyone was convinced. American satirist Ambrose Bierce described phrenology as the science of picking the pocket through the scalp. Mark Twain wrote of going incognito to visit a celebrated phrenologist, who felt and measured his skull 50 different ways and then told him, among other things, the bumps showed no sense of humour. Indeed, where the humour bump should have been, there was instead a slight depression. Months later, Twain visited the same phrenologist, this time identifying himself. The phrenologist this time found Twain's sense of humour revealed in a bump approximating the size of Mount Everest.

Now, instead of phrenology, it is the width of our face that reveals us. I just hate to think that a guy with a narrow face cannot aspire to a career as a hockey goon.

lmacpherson@sp.canwest.com
Posted by jayasree at 10:04 PM